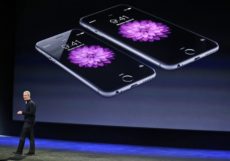 SAN FRANCISCO (AP) — U.S. authorities are investigating Apple’s slowing of older iPhones, according to published reports. The Wall Street Journal and Bloomberg reported Tuesday that the Department of Justice and the Securities and Exchange Commission are probing whether Apple violated securities laws. In December, Apple apologized for the slowdown after a blogger’s tests revealed […]