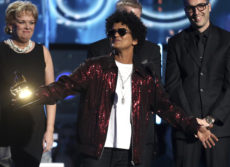 NEW YORK (AP) — The Latest on the 60th annual Grammy Awards being presented Sunday night in New York (all times local): 11 p.m. Bruno Mars has won the album of the year Grammy Award for “24K Magic,” capping an epic night for the pop star. The award is Mars’ sixth win of the day. […] 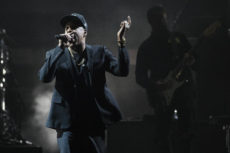 By JONATHAN LANDRUM Jr., Associated Press ATLANTA (AP) — Music executive Lyor Cohen says hip-hop should dominate the top categories at the upcoming Grammys. Cohen spoke with The Associated Press on Thursday about the Recording Academy giving rap a “deserving” chance. Both Jay-Z and Kendrick Lamar are nominated for album and record of the year. Jay-Z, […]