Second weekend in a row to see series of bloodshed Police press conference today to provide updates on recent murders NASSAU, BAHAMAS —  Five men were killed in three days following a series of shootings over another bloody weekend, according to police. The latest incident, which claimed the lives of two men, occurred shortly after […] 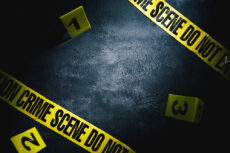 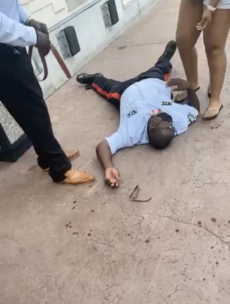 NASSAU, BAHAMAS  — A police was shot while on duty at the Linden Pindling International Airport as he attempted to assist a business in making a bank deposit drop, according to reports. Police said the officer was approached by a gunman who shot him before making his escape shortly after 5pm. A video of the […] 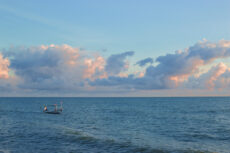 NASSAU, BAHAMAS — One man is dead and another is missing after the fishing boat they were on sunk in waters off western New Providence shortly after 3pm yesterday. Initial information indicated three men were out fishing when the engines of their boat failed and the vessel began taking on water. The men reportedly attempted […]

COP reveals several men to be arraigned for high-profile murders 25 -year-old man to be charged for December 3, 2018, killings of George Deveaux & Ashley Hilton at Sandilands and the June 29, 2019 murder of Ian Porter aka Irey and Raymond Adderley NASSAU, BAHAMAS — After a long holiday weekend, police have reported a […]

NASSAU, BAHAMAS — Five people of interest have been identified who are believed to be able to assist police in the ongoing investigation into the Jerome Avenue massacre, revealed Assistant Commissioner of Police Solomon Cash yesterday. On April 15, six men were shot dead and a woman and a two-year-old child were injured in a mass […] 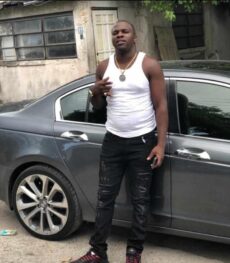 Expectant father was released from prison in February NASSAU, BAHAMAS — Family members of 25-year-old Stervante Moss, who was shot and killed yesterday, were inconsolable at the bloody scene near his Polhemus Street home off Nassau Street. Police said officers responded to reports of gunshots heard in the area and found the body of a […] 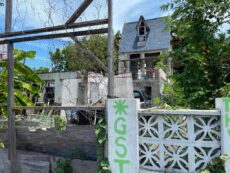 Relative: He wasn’t homeless; police shot him in his home Community members say incident stemmed from an accident and could have been avoided  NASSAU, BAHAMAS — Relatives of Kirkland Wilson, the 55-year-old man who was gunned down by police on Saturday after a reported exchange of gunfire with officers, are still trying to put together […] 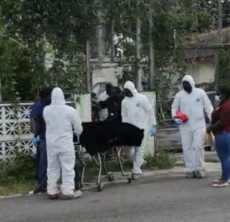 NASSAU, BAHAMAS — A man was shot and killed by police today after he reportedly assaulted an elderly woman at the Farmer’s Market on Blue Hill Road, South, in the Sunshine Park area. Police said the man also produced a shotgun and shot a man who was part of a group of people who responded […] 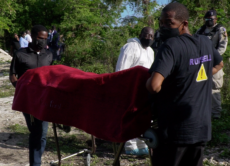 Two shootings in under 24 hours; officials unclear if incidents connected Police say bullet-riddled body found in Fox Hill not a police-involved matter NASSAU, BAHAMAS — The body of a man believed to be in his mid-20s to early 30s was found on a vacant property off of Grant Street, Fox Hill, shortly after 7am […]

GRAND BAHAMA, BAHAMAS — Authorities were yesterday investigating the death of a police officer who was found in his vehicle in the Deadman’s Reef area with a single gunshot wound to the head. According to Assistant Commissioner of Police Ashton Greenslade, the officer in charge of Grand Bahama, an autopsy will be performed to determine […] 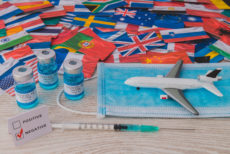 “We are being guided; the story is still being written” NASSAU, BAHAMAS — Despite concerns regarding the removal of testing restrictions for fully vaccinated individuals traveling into and throughout The Bahamas, Head of the National COVID-19 Vaccine Consultative Committee Dr Merceline Dahl-Regis said yesterday the matter of transmission after vaccination is still being reviewed by […] 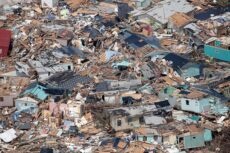 “I have never been exposed to anything like that in my life” NASSAU, BAHAMAS — Officers sent to recover the bodies of people who died during Hurricane Dorian in the days after it decimated Abaco and parts of Grand Bahama were met with horrific scenes of carnage, a court heard this week. Sergeant Austin Bowles, […] 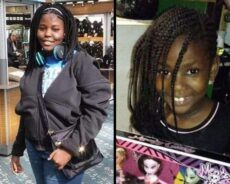 NASSAU, BAHAMAS — Carlene Edgecombe said the last time she spoke to her two daughters was over the phone, as they told her in horror of the waters rising in an Abaco church shelter during Hurricane Dorian. Edgecombe was testifying via a Zoom call during an ongoing coroner’s inquest into victims lost during the deadly […] 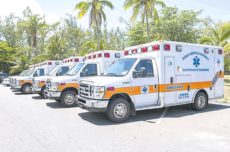 NASSAU, BAHAMAS — The Public Hospitals Authority (PHA) yesterday defended its response to a mass shooting on Jerome Avenue last week, insisting that it followed standard protocol in the wake of the deadly incident. It was responding to allegations made by a woman who appeared as a guest on ILTV’s Beyond the Headlines with host […]

“She had spent so many hurricanes in her home; no one was expecting Dorian to be as bad as it was” NASSAU, BAHAMAS — Despite trying to convince his 86-year-old aunt to seek shelter before the passage of Hurricane Dorian, David Cornish testified yesterday that she refused to leave her home and he believes she was […] 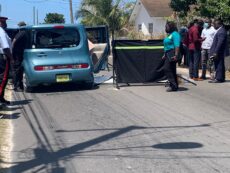 NASSAU, BAHAMAS — A man believed to be in his early 30s was shot and killed on Kemp Road, shortly before 1pm today, according to police. ASP Audley Peters said the man was driving a Nissan Cube, traveling north, when the driver of another vehicle stopped in front of him and exited, armed with a […]