Opposition offers govt. support to ‘navigate country out of latest crisis At the 11th hour, the government is making one final attempt to avoid being blacklisted by the European Union (EU). Eyewitness News received reports that the Deputy Prime Minister, Peter Turnquest and Minister of Financial Services, Brent Symonette, left for Europe yesterday hoping to […]

EU set to add The Bahamas to list Tuesday Deputy Prime Minister and Minister of Finance Peter Turnquest said yesterday he was “disappointed” that The Bahamas is pegged to be added to the European Union blacklist of tax havens next week. Turnquest said in a statement that the move was “surprising”, as  The Bahamas has […] 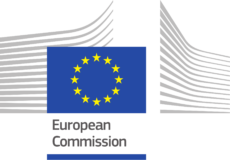 BRUSSELS, Belgium — During Thursday’s European Parliament debate, Members of Parliament for Europe (MEPs) questioned EU finance ministers over their removal of several countries from the tax haven blacklist in January. Out of a list of 17 countries that was published last year December, the EU removed eight countries – Barbados, Grenada, Macao, Mongolia, Panama, […]