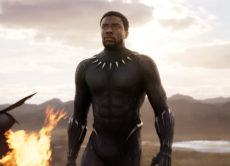 LOS ANGELES (AP) — T’Challa still rules the box office four weeks in, even with the fresh rivalry of another Walt Disney Studios release in “A Wrinkle in Time.” “Black Panther” took the No. 1 spot at the North American box office with $41.1 million according to studio estimates Sunday, leaving another newcomer in its […]

NEW YORK (AP) — A wave of feverish anticipation, fawning critical acclaim and groundbreaking cultural meaning pushed “Black Panther” to a record-setting $192 million debut in U.S. and Canada theaters, firmly establishing the superhero sensation as a box-office landmark. The Marvel film from the Walt Disney Co. blew past expectations to become the fifth-highest-grossing debut […]