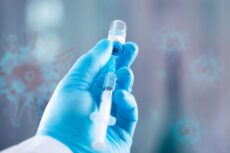 NASSAU, BAHAMAS — The pace of vaccinations in The Bahamas appears to have slowed as first-dose coverage reaches just over 27 percent of the population. The government and health authorities continue to encourage vaccine uptake, attributing its “aggressive vaccination campaign” to the beginning of a downward trend in coronavirus cases in the last four weeks. […] 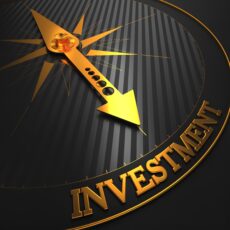 NASSAU, BAHAMAS — Red Lobster and Bahama MyFi are the first two companies to launch on the ArawakX crowdfunding platform, with the founders touting the move as a step towards financial inclusion for Bahamians. D’Arcy Rahming Jr, chief technology officer of ArawakX, said: “We have tried to make it super simple so that companies and […] 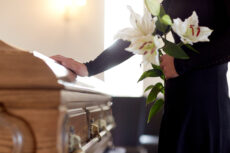 Health minister claims overcrowding not a result of COVID-19 NASSAU, BAHAMAS — The government will take legal action to remove bodies being stored at Princess Margaret Hospital (PMH) morgue if they are not collected by their relatives, said Minister of Health Reward Wells yesterday. The warning comes as officials continue to make appeals to residents […]

NASSAU, BAHAMAS — The Bahamas is expected to receive some 40,000 doses of Johnson & Johnson (J&J) COVID-19 vaccines by the end of August, said Health Minister Renward Wells yesterday. Speaking to reporters outside the House of Assembly, Wells noted that while negotiations are still ongoing to secure a large donation of Pfizer vaccines, the […]

“Our reality is that there will be people that test positive” NASSAU, BAHAMAS — Nassau Cruise Port Chief Executive Officer Mike Maura Jr said yesterday that occasional reports of COVID-19 cases onboard cruise ships would likely not be detrimental to the industry’s rebound. Speaking to Eyewitness News, Maura noted that with the industry having been […] 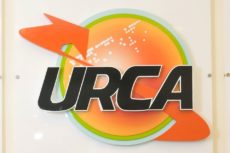 NASSAU, BAHAMAS-  The Utilities Regulation and Competition Authority (URCA) has pledged to investigate the quality of Cable Bahamas’ television service, describing the widespread service quality issues as “concerning”. In a statement on its approval of Cable Bahamas Limited’s application to restructure its pay television packages, the regulator said that it found it necessary to “address […] 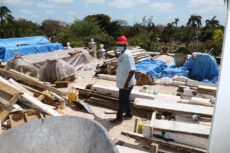 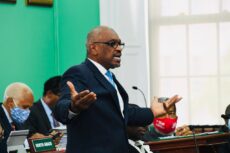 54,199 people in Bahamas have received one dose of vaccine; 25,047 people fully vaccinated NASSAU, BAHAMAS — While it remains unclear whether The Bahamas has confirmed the presence of the Delta variant of COVID-19 in the country, Prime Minister Dr Hubert Minnis said yesterday it is not a matter of if the variant will arrive, […] 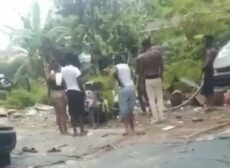 Viral video purportedly shows suspects tied up and beaten by community members NASSAU, BAHAMAS — Police are investigating the circumstances of an alleged armed robbery and rape of a woman said to have occurred on Mackey Street shortly after 5am on Wednesday. According to reports, a woman was walking along the street when she was […] 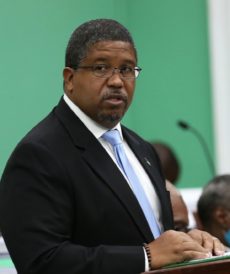 Turnquest: Religion or lack thereof is inconsequential and should not have been raised in Parliament NASSAU, BAHAMAS — Former Minister of Finance and East Grand Bahama MP Peter Turnquest attempted to defend Financial Secretary Marlon Johnson yesterday over comments made by House Speaker Halson Moultrie earlier this week about his religious belief. On Monday, during […]