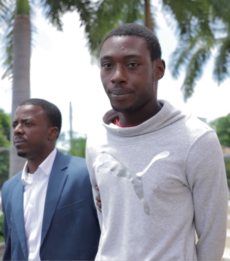 A woman and a man were arraigned in Magistrate’ s Court Wednesday, charged with armed robbery and murder. Anita McDonald, 31, also known as Kaylana, and Dontee Riley, 20, in the grey sweater, appeared before  Chief Magistrate Joyann Ferguson Pratt, accused of the  July 17tharmed robbery of Wesley smith. It is alleged that McDonald and […] 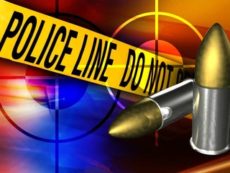 Police shot and injured a man Saturday night during a ‘high speed’ chase moments after the suspect crashed into a utility pole on Prince Charles Drive. The drama unfolded shortly after 9:00 p.m. after police say they were alerted to a suspicious vehicle from a concerned resident in Eastern New Providence. Officers, on patrol in […]

Drug Enforcement Unit officer in Grand Bahama discovered a black cartridge containing 45 .9mm rounds of ammunition and an empty magazine on Friday. The discovery was made shortly after11:00 a.m. in an area on Adventurers Way at an abandoned building. No arrests were made however, investigations are ongoing. In other crime news, police are appealing […]