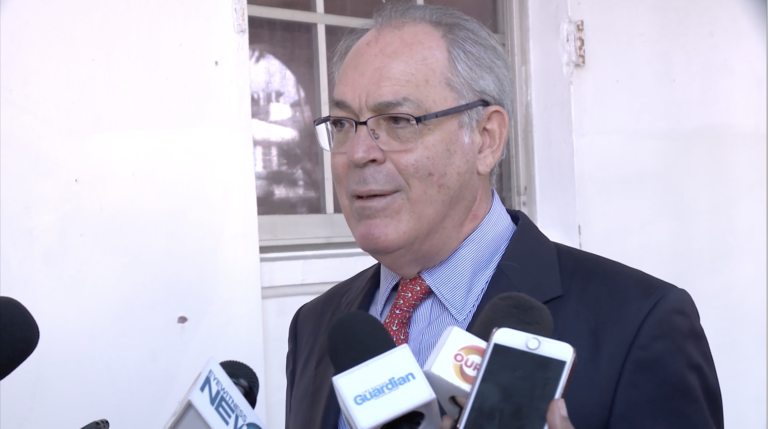 NASSAU, BAHAMAS – St. Anne’s Member of Parliament Brent Symonette declared yesterday that he has no interest in entering the gaming industry.

This assertion came following widespread speculation that the former financial services, trade and industry and immigration minister resigned from his Cabinet post on Sunday past to possibly head a national lottery.

Appearing yesterday on The Conversation Radio Talk showwith host, Shenique Miller, Symonette said the rumors could be nowhere further from the truth.

In fact, Symonette spoke out against the gaming industry, claiming that he has personally seen the destruction that gaming can cause to those who participate.

“Personally, I think gaming and the gaming houses are causing great destruction in the country  and a lot of poverty will result in the habits that are being created, and I see that every day in my private life where people call me and say that they have a problem,” Symonette said.

“If I have that belief, I am not going in that business.

Speculation of Symonette – and possibly other government officials – starting a national lottery surfaced last year when government introduced a new scaling tax on the industry that was roundly rejected by The Bahamas Gaming Operators Association (BGOA).  The Association moved to sue government over the tax, calling it discriminatory. And following months of legal wrangling, government and gaming house operators settled on a reduced tax rate earlier this year.

Many were also of the view that the industry was being grossly taxed in an attempt to put gaming operators out of business for other Bahamians, reportedly those of a certain social and political influence, who wanted to monopolize the industry.

Yesterday, Symonette reiterated that this is not his intent.

The former minister declared that he had “no interest whatsoever” in competing with the gaming operators and/or getting them out of business.

Bahamian voters rejected a referendum to legalize gambling for citizens back in 2013. Voter turnout was said to be low, and in the two-part referendum, voters were asked whether the gambling shops should be legalized, regulated and taxed, and if the government should create its own national lottery. An estimated 40,983 votes voted ‘no’ when asked if they supported the establishment of a national lottery.

The former Christie administration, however, still legalized gaming operators in 2014.