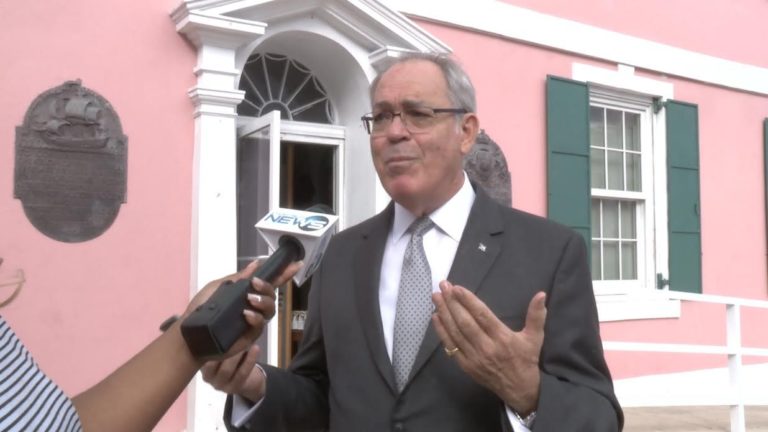 NASSAU, BAHAMAS — The Bahamas must begin to reopen and start getting people back to work, said St Anne’s MP Brent Symonette yesterday.

“I think we have to strike that balance between that lockdown on one end and fully open on the other and start to open so we could have things coming in,” he said in an interview with Eyewitness News.

“…I look forward to it. It’s a gradual reopening.

“As the prime minister stressed, Bahamians have to be careful. We have to work together to make sure we stop a potential third wave.

“We have got to get people back to work. We have to get them feeling happy with themselves, hopeful and get the country open.”

On Monday, Prime Minister Dr Hubert Minnis announced a range of eased restrictions to the latest emergency orders, including the removal of the need to obtain a negative COVID-19 test when traveling from Grand Bahama.

The prime minister also revealed an extension of beach access hours nationwide and the resumption of indoor dining.

The country reopened its borders to international flights on July 1. Soon after, The Bahamas saw a significant increase in new cases.

The government took drastic steps in attempts to slow the spread of the virus, including the closure of the beaches over the Independence holiday weekend.

At the time, Symonette called the decision a “public relations nightmare” for tourists who were not advised on the restrictions, given that the government enticed visitors to vacation in The Bahamas as a safe haven from the coronavirus.

Yesterday, he noted however that he believes the government is reopening “very responsibly” given the rise in cases.

“I think the minister of tourism made a very poignant comment when he said we can’t open and shut down again,” Symonette said.

“Whatever we want to say whatever the blame was, to get beyond that, we have to gradually open the country up.

“The vacationing in place people will be the all-inclusive, bigger resorts that can take care of people on their beaches and their fun-parks and everything like that. They have to feel comfortable. It will take a lag time before people start booking.

“…All of these are on the right track.”

Asked whether he believes the nearly six months of teetering between lockdowns were squandered given the country remains in a vulnerable state, the St Anne’s MP said he hopes some people and businesses used the time wisely to improve processes and services, go digital, and create mechanisms for curbside service.

“That doesn’t help the lady who works in the clothes shop that was shut,” Symonette contended.

“There’s nothing they can do. But hopefully, some people have used it better to get more computerized.

“Now the downside is I think many employers might have found, I don’t need Harry, or George or Suzy anymore because I can now do with do or three less people and that’s a danger.

“So when we open up, we may not open up with the same numbers of people going into work in some of the offices.”

Of the new cases, there were 55 in New Providence, two in Grand Bahama, three in Inagua, three in Crooked Island and one in Mayaguana.

People want to come to the Famiky Islands and woukd fly in next week with a negative Covid test (7day). But they will nio come to be quarantined. People do not pay to be locked up on vacation. Many do not want a hotel experience. They can get that in the USA for cheaper. They want to beach hop, to explore, to eat out on a restaurant deck watching the sunset…… the government said many times they had traced no cases back to tourists so why strangle tourism?

I agree, while we have to be careful with our health and safety protocols, we need to start a soft opening with the Out Islands where the numbers are low. This is given that the number of infections from the visitors is less than 1%. Free the Out Islands and allow for activities with enforcement of the safety rules, masks, social distancing, sanitizing. Most of the Out Island Hotels are Clean & Pristine certified. Why then are they being held hostage because of Bahamar and Atlantis. Let Nassau move slowly with a November 1st opening and the Out Islands with a 1st October, 2020 opening. We need to get people working and start slowly. Start with the out islands, that is where a good bit of the tourist crowd want to go. Given the levels are expected to be low then lets practice our inter out island airlines and hotels with drip drip expected. Let’s Do It.!!!

Well said. And without tourism this country will be Haiti by Christmas