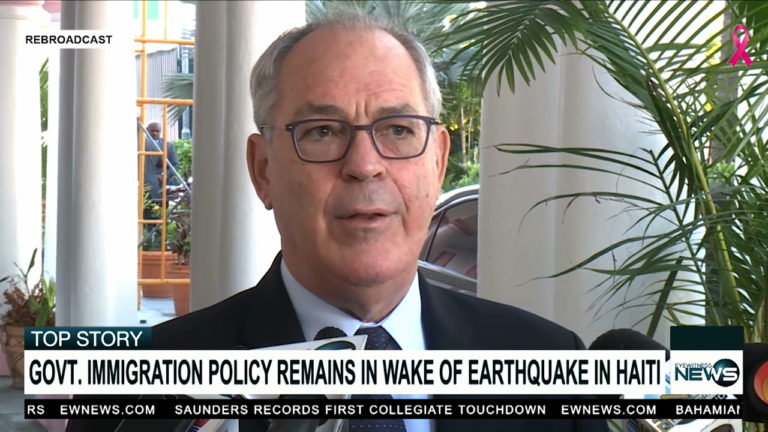 The Government has put its agencies on high alert in the event that there is an influx of Haitians attempting to enter the country following the 5.9 magnitude earthquake that hit Haiti on Saturday.

“There will be an increase in the normal border control, including the Defence Force’s Air wing, Immigration, the Police and so on,” Minister of Immigration Brent Symonette told the media on Tuesday.

When Haiti suffered an earthquake in 2010, The Bahamas had relaxed its border control and assisted Haiti where necessary. However, Symonette said this earthquake was nowhere near as serious.

“That  [2010 quake] was a particularly strong earthquake that left thousands of people homeless, dead and caused damage to the infrastructure,” said Symonette. “This was not of that magnitude.”

Given the Prime Minister’s strong stance on immigration, Symonette said he does not predict that this position will change but it will be discussed at Cabinet for a formal position to be made.

Louby Georges, a Haitian-Bahamian and Member of Rights Bahamas told Eyewitness News that while he agrees with the Minister that the earthquake was not as bad, it still happened in one of the poorest areas of the island.