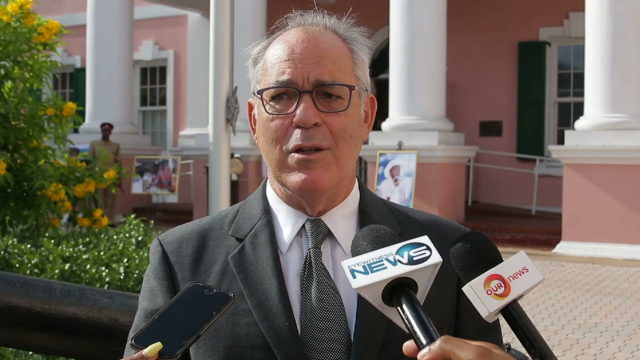 NASSAU, BAHAMAS – Minister of Immigration and Financial Services, Brent Symonette said yesterday that despite the Bahamas’ growing relationship with China, the country should not worry about an influx of Chinese migrants to our shores.

“There have been Heads of Agreements entered into with the government, with regards to Baha Mar and now with The Pointe. Chinese investments here have no bearing on whether or not they qualified for citizenship or permanent residency,” said Symonette on Thursday.

The Immigration Minister’s comments came on the heels of a report aired by One American News, a United States television station, which suggested that China is preparing to overtake The Bahamas because of its many investments and gifts to The Bahamas government in recent years.

The report also highlighted that the US has failed to appoint a US Ambassador to The Bahamas.

A US Ambassador has not been appointed to The Bahamas since 2011.

The American reporter suggested that the nearly decade long delay to appoint an Ambassador could possibly leave The Bahamas open to becoming more dependent on China to boost its economy.

The international story caught the attention of many Bahamians as it circulated on WhatsApp earlier this week.

Bahamian Journalist Clint Watson also addressed the report on his Beyond the Headlinesshow with contributors Nahaja Black, a talk show host and S. Allie McIntosh, servant leader of The Bahamas Constitution Party.

Black said China has invested billions of dollars into building the country’s infrastructure and the United States has underestimated the influence of the Chinese Government.

“The United States was not lending,” Black said. “They weren’t paying attention to Latin American and Caribbean countries. China saw a weakness and they have been making their mark.”

She noted, however, that China’s generous investment should not be confused with complete devotion as their loyalty is still to the Chinese Government.

“The benevolence of the stadium was a misconstrued benevolence,” she said. “We still had to upkeep. Most of that was done by Chinese labor. All of that money left this country and went back into the Chinese government’s pocket.”

Allie Mcintosh said it also important for such a vulnerable country as The Bahamas to remain civil with our neighbors.

“Bahamians will just faint if they can’t go to Miami,” Mcintosh said. “Why do we want to get so hung up on China? Let’s stay clear and make sure that our relationship with America is sound.”

Other than the Immigration minister’s comment on the issue, the government has remained tight-lipped on the report.

Eyewitness News on Thursday contacted Minister of Foreign Affairs, Darren Henfield, for comment but he said that he was unaware of the story.