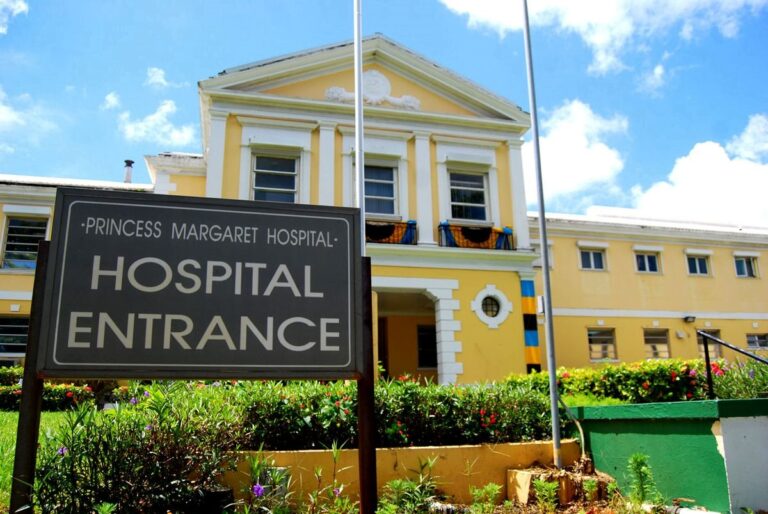 NASSAU, BAHAMAS — Senior Justice Indra Charles found a doctor negligent during the prenatal care and delivery of a stillborn baby in 2012.

In a written ruling dated January 19, 2023, Justice Charles concluded the mother had cited plausible evidence that Dr Leslie Culmer of ACL Medical Office Center “fell below the standard accepted by a body of medical opinion” in not delivering the baby alive.

According to the ruling, the mother sued Culmer for special damages of $9,098.35 including funeral expenses and autopsy fee, general damages, interest, and costs allegedly caused by the breach of duty of care, negligence and/or negligent management and/or contributory negligence of Culmer as a result of the unfortunate death of her first child.

In 2012, the mother was 30 years old and obese with a family history of diabetes and a pre-existing back injury that she suffered in a vehicular accident in 2009. The mother also reportedly had an evacuation of a Blighted Ovum, or miscarriage, in or around August 2010.

In her statement of claim, the mother listed 47 breaches of duty and negligent management of treatment by the doctor and his medical office.

The mother was admitted to the Princess Margaret Hospital for labour pain around 2pm on August 6, and Culmer decided to perform a natural birth at 9.26pm.

“[The mother’s] cervix was fully dilated and the delivery of baby’s head occurred quickly,” the judgment read.

“However, at the crowning of the head, [the mother’s] body seized and she was either too weak and/or unable to push with baby’s delivery as the cervix had ceased to contract. Believing that baby might be experiencing shoulder dystocia, Dr. Culmer intervened in the delivery by manually rotating baby’s shoulders. He did not attempt other available maneuvers or a C-section.”

The baby was delivered at 9.50pm with no heartbeat.

The judgment continued: “Although Dr. Culmer had initially diagnosed that baby died of shoulder dystocia, in filing his witness statement some years later, he opined that baby died as a result of abruptio placentae, a term referring to the separation of the placenta from the uterus.”

Both Culmer and the medical office denied that they acted negligently by performing a natural birth. They reportedly claimed that based on the mother’s prenatal care, she displayed no physical or medical irregularities that would have made it apparent that her ability to deliver naturally was affected.

“According to them, neither baby’s weight nor [mother’s] pre-existing back injury sustained in a car accident in 2009 were medical conditions that prevented her from delivering by natural birth.” the ruling read.

“They contended that the prenatal care and delivery of baby was performed to the standard of a reasonable and competent physician.”

Charles noted several legal precedents, including a doctor was not guilty of negligence if he acted in accordance with a practice accepted as proper by a responsible medical body; not every accident is actionable in negligence as it means more than careless conduct.

She furthered a patient alleging negligence has to prove that his mishap results from error and that the error is one that a reasonably skilled and careful practitioner would not have made.

Charles added that the test for medical negligence as not whether there was a mistake in diagnosis but whether the doctor acted as a reasonable and competent medical practitioner in the circumstances.

Charles noted the complete delivery took 24 minutes, which was “by all accounts, very long”.

“When baby’s head was crowned, Dr. Culmer knew that shoulder dystocia had occurred hence the reason why he resorted to shoulder rotation. But, when shoulder rotation did not work, he should have attempted the miscellany of other maneuvers which are available knowing that time was of the essence.

“In addition, with a BMI of 32, a history of diabetes in her family, and her African- American/Caribbean ethnicity, [the mother’s] overall health suggested that she should have been tested for diabetes early in the pregnancy.

The ruling continued: “She was not tested for GDM (gestational diabetes mellitus) until 32.3 weeks gestational age after a random blood glucose measurement which returned elevated at 111. The 2-hour (oral glucose tolerance test) OGTT returned abnormal with an elevated fasting blood sugar of 104, the threshold in the US being 92 and in Britain 100.

“By all accounts, it was elevated so [the mother] had unrecognized GDM. Further, an ultrasound should have been ordered in the third trimester of her pregnancy.”

The ruling read: “For all of the reasons stated above, I find that the Defendants breached the duty of care which they owed to [the mother] in both the prenatal and delivery of baby.”

The judge ordered damages be assessed by the Registrar, with the mother entitled to her costs to be taxed if not agreed.