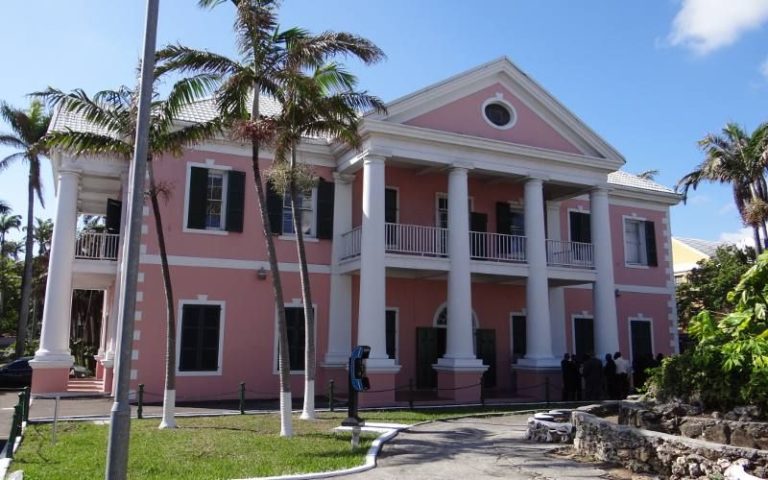 The Supreme Court of The Bahamas.

NASSAU, BAHAMAS – A man shot twice by police nearly 13 years ago has been awarded $22,500 in damages by a Supreme Court Judge.

Jermaine Rahming, 44,  alleged that he was unlawfully shot by Constable Remona Burrows-Forde on April 29, 2007, when he attempted to flee from a police station after he was accused of rape and “wrongfully” arrested by two civilians.

Attorneys for the defendants – the commissioner of police and the attorney general – argued that Rahming was lawfully arrested and cautioned and that the force used was justified.

In a ruling on June 8, Justice Indra Charles ruled however that Burrows-Forde used more force than was necessary when she shot the suspect in the back and in the buttocks.

“Coincidentally, this judgment is being delivered at a time of worldwide protests and disturbances over the unfortunate death of an unarmed American man called George Floyd,” Charles said.

“The world is condemning police brutalities, especially of unarmed persons.

“Our police must guard itself against such criticisms by the public.

“To pull a trigger especially on an unarmed individual must be a measure of last resort.

“A cardinal principle of our Constitution is that a man is presumed to be innocent until and unless a jury finds him otherwise.

“The fact that a citizen’s arrest was made does not automatically prove guilt. Noteworthy, to date, Mr. Rahming has not been prosecuted for rape, attempted rape and any kindred offence.”

According to the ruling, Rahming, who was an employee at the British Colonial Hilton at the time, left work around 9:45 p.m. on Sunday, April 29, 2007 to attend a Free National Movement rally at Arawak Cay.

While in the area of Western Esplanade and Junkanoo Beach, he was approached by two civilians, Basil Sands and Alpheus Rolle, who accused him of the attempted rape of a deaf and mute woman, Mary Moxey.

Charles indicated that despite the inconsistencies in the evidence given by Sands, the citizen’s arrest was deemed lawful.

Sands testified that on the night of the incident he was standing on the southern side of West Bay Street near the Old Mayfair Hotel when he saw Moxey walking by the beach.

He said suddenly he heard a muffling sound like someone was struggling, headed in the direction of that sound and saw Moxey on the ground struggling with her pants partially down.

He said Rahming appeared to be the only person in the vicinity, so he sought help from Rolle and made the arrest.

“Although Mr. Rahming was not caught in flagrante delicto, in my opinion, Mr. Sands effected a lawful citizen’s arrest because, in his view, he reasonably suspected Mr. Rahming of having committed a felony i.e. rape or attempted rape,” Charles said.

The two men “physically abused” him, “neither of whom actually witnessed Mr. Rahming in the act” and forcibly dragged him to the Fort Charlotte Police Station.

At the station, the men informed Forde that they were told by Moxey that Rahming attempted to rape her and soon after left.

Charles said Rahming was not cautioned, put under arrest, handcuffed or placed in a cell – given that at the time Forde was not equipped with handcuffs and in those days the police station had no cell.

Rahming reportedly gave the officer a fake name and when she turned around to answer the phone, he immediately attempted to run out of the station and was shot in his lower back.

The ruling noted that Rahming fell to the ground but as he attempted to get up and run again, Forde shot him a second time.

He was subsequently arraigned on charges of assaulting a police officer and escape. After several adjournments, the charges were withdrawn.

The officer testified that she felt justified shooting him because he assaulted her and she was protecting herself and the victim.

However, the Supreme Court judge did not agree.

“Mr. Rahming has suffered grave injuries at the hands of Officer Forde and, as such, he should be compensated in damages”.

Charles advised that the damages will be assessed on September 17.