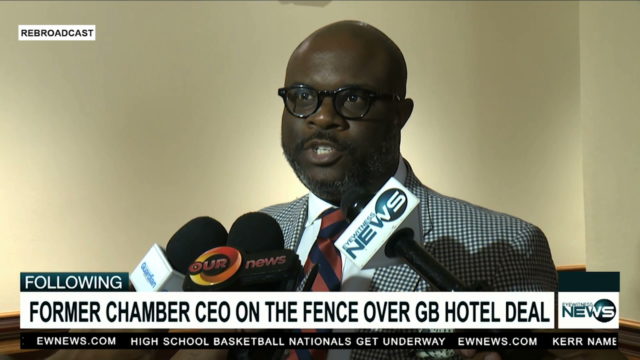 Urges managers to take the most reasonable VSEP offer

NASSAU, BAHAMAS – Edison Sumner, a former president of The Bahamas Chamber of Commerce on Thursday expressed hope that the government’s signing of a Letter of Intent (LOI) with Royal Caribbean Cruises (RCC) Limited and the ITM Group to purchase the Grand Lucayan Resort for $65 million is successful.

But as it now stands, Sumner told Eyewitness News Online that he still remains on the fence about the deal.

“There were estimates going around before [and] apart from purchasing the hotel, the government probably spent no less than one hundred million dollars in the purchase and renovation of that property,” Sumner said.

“So, even if the government suffers a loss, I hope that the loss is mitigatable and that loss is significantly less than what they would’ve incurred if they were to hold on to the property for much longer.

“So, I want to commend the board who are going through the process of negotiating this deal for the government and the hotel property, and I hope it all just works out for us at the end of the day.”

“As I understand, it didn’t have to even be a generous offer. You’re going to protract a situation that doesn’t have to be protracted.

“When the government made the decision to purchase the hotel, part of that decision was to secure the jobs of those who were working in the hotel and weeks after they secured the purchase of the hotel, there were many staffers who went and requested VSEPs from the hotel. It was a bit disingenuous, but people have to look out for their own interests in those kinds of situations.

“So, I would suggest that if they were to offer them a reasonable offer, then take it. You’re not going to get the best deal all the time.”

Earlier this week on Wednesday, Tourism and Aviation Minister, Dionisio D’Aguilar, told media that it was his sincere hope that Bahamians took advantage of the opportunities being created, not only for employment, but for self-employment.

“I want to see young people achieving their dreams of owning a business that will serve the visiting public as well as Bahamians,” D’Aguilar said.