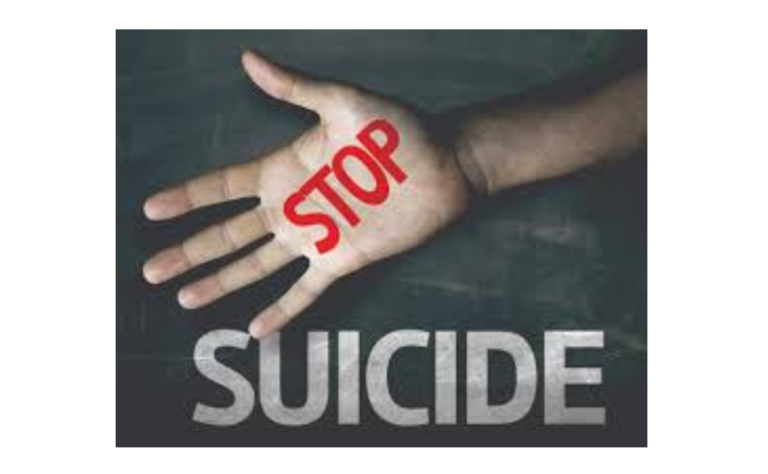 Suicide, a term that is increasingly becoming more prevalent in Bahamian society, is affecting more households as recently last weekend.

A woman was discovered by her relativeshanging in her home.

Suicide or suicide attempts have reared its ugly head in The Bahamas where mental illness or depression is frowned upon or swept under the rug.

According to Keva Bethell director of Research at the Allen Institute of Research and Training here in The Bahamas, ‘Anger and the Evil Violence Tunnel’ stages attribute greatly to suicide attempts, which can start with any embarrassment and or insecurities, such as job loss or no entitlement in a dense society.

“One of the leading causes of suicide is the feeling of shame and when one struggles with high expectations versus reality – when we come to the realization that we can’t live up to certain expectations – an in actuality, we can’t achieve all of our dreams,” Dr. Bethell stated in a recent interview with The Global Journal.

“Someone contemplating suicide isn’t dealing with hurt, they are dealing with shame, most of the time. Hurt turns into anger, and when this strikes the brain, the shame gap occurs. Shame (Self Hatred Aimed and ME) impacted hurt.

“Suicide is an impulsive act that can occur while one is in the Violence Destructive Tunnel of the shame.”

Most commonly used suicide methods include hanging, gunshot, overdose, the use of sharp instruments, drowning, burning and asphyxiation all of which stem from the ‘Anger and the Evil Violence Tunnel’ stages Bethell confirmed based on her studies.

Psychologist Dr. David Allen opined to Eyewitness News what contributes to this growing problem and how it’s not prejudiced to its victims.

“We know that Mental Illness is the predominant cause of suicide,” Dr. Allen said.

“Recently, we’ve had some high profile people throughout the world like Bode Miller’s daughter (drowning), the fashion designer – Kate Spade – who committed suicide by hanging.”

According to suicide studies conducted by Bethell in the Global Journal of Human Social Sciences, Bahamian men are more susceptible to committing suicide than Bahamian women indicating the rates were highest among 35 to 44-year-olds and lowest among adolescents and teenagers according to a 14-year study.

“Ninety-six Bahamians committed suicide. The rate of suicide among males was more than seven times the rate of females,” Bethell confirmed.

“There were 83 males and 13 females; the most frequent method used was hanging at 55 per cent.”

“Eighty-eight per cent of the Sandilands admissions for attempted suicides were males and 12 per cent were females,” she noted.

“Comparably, at the Rand Memorial Hospital 79 per cent of the admissions for attempted suicides were females and 21 per cent were males.”

Bethell expanded on the fact-finding study around The Bahamas, where random people were given a survey with the questions, ‘Have you ever wanted to commit suicide?’

According to Bethell, 71 per cent of those people said, yes.

“… it was randomized. I had the Anglican priest and the Island Administrator distributed randomly around the community. I had no hand in the picking. You know, a lot of people on the island trust their priest and their island administrator,” she explained.

“They (survey takers) did not have to put their name on it, just their age and their gender and answer ten questions.”

“There are many Bahamians that are homeless in this small country and the perception often times is – the homeless person is ‘crazy’ that’s why they are on the street,” Fernander said.

“…the challenge is not homelessness, some of it is a mental illness which is different from a homeless problem. As Pastors, we are the first line of defence. You will find that most people who are apart of any congregation, if they feel an affinity or have some spirituality, will probably end up in their pastor’s office.

“There are days when I get calls from people saying, “I’m tired and I just want to jump off the bridge” and I have to talk them out of it and guide them to my office to counsel them”.

Fernander highlighted that many people are not aware the most pastors are actually clinical psychologists and have the necessary skills to help anyone in need, in addition to weekly prayer meetings and private counselling sessions.

“Someone can have a serious bout of depression – either you lost your job, you lost a loved one … I then have to asses further the body language and listen tentatively to the words they are choosing to say … all indicators of mental stress which leads to the thought of suicide,” he explained.

“One is the verbal where the person outright say, I want to end my life. The person saying that they are a burden to others that their life is not going change, the pain is too much and they just want to die,” Dr. King noted.

“You have the emotional where they talk about being depressed and hopeless and an increase in substance abuse or addictions and the ones writing their will early nad saying good-bye to loved ones.”

“One thing I want to highlight is that suicide is preventable; a person who is suicidal can get help. We all play a role in suicide prevention. As a clinical psycologist, I am trained in knowing what the warning signs are, who are the risk factors, how to asses the risk level and what will be the steps once we’ve identified who is suicidal in order to get them help in order to reduce the risk.”

Dr. King stated that there are a variety of resources out there for help with suicidal thoughts or even attempts.

“The Community Counselling and Assessment Center – the outpatient branch of Sandilands Rehabilitation Center is the most known,” she suggested.

Other places loved ones may seek help are the Crisis Center, calling the authorities is an emergency presents itself and Princess Margaret Hsospital (PMH) Accident & Emergency (A&E).

Suicide is a social scourge and because of the stigma of attached there is very little open dialogue about the topic. In order to prevent suicides, people need to know that help is available.

Dr. David Allen holds a family group at over 40 locations in New Providence where people can seek support, only if one does not exhibit harm to themself first and or have to be committed for intense treatment.

For more information contact The Family: People Helping People Program at 698-0155 or 676-8619 and thefamilyphp@gmail.com