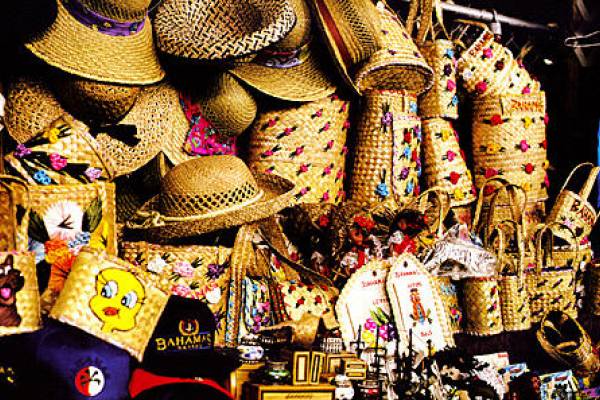 Straw work on display at the Nassau Straw Market (IMAGE COURTESY OF WWW.BAHAMAS.COM)

Dozens of irate straw vendors protested outside of the House of Assembly Wednesday, demanding that the Minister responsible for the Straw Market Authority (SMA) – Desmond Bannister – remove the authority’s board led by Kelly Ingraham.

The vendors allege that there is disparity in treatment of vendors and demands made by the board are “unrealistic.”

“They are only hard on certain individuals,” one vendor said.

“Rules should be straight across the board for everyone to follow.”

Other vendors claimed that they are being shut down for late rent payments, while others with existing bills, are allowed to continue to operate.

The vendors also took issue over what is allowed to be sold within the straw market.

“Under the Christie administration, the government understood that authentically Bahamian

items do not sell well at the market and we needed to bring in other things to help business,” another vendor said.

“This government however are insisting that we sell Bahamian items and we can’t make it like that.”

The vendors added that the board does not understand the “culture” of the market and that they are “suffering.”

“They want to run the original vendors out and that can’t happen. They are the backbone of our economy.”

The vendors said they are hoping to meet with Prime Minister Dr. Hubert Minnis, to have their issues addressed.