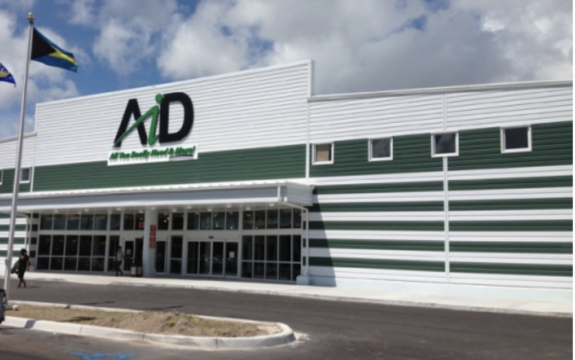 NASSAU, BAHAMAS — A major Bahamian retailer said yesterday it has seen a dramatic increase in shoplifting since last year.

Jason Watson, Automotive Industrial Distributors (AID) president, told Eyewitness News that while customer traffic has been good Monday through Saturday, not being allowed to open on Sundays has really hurt the company’s sales so far this year.

“Shoplifting has also increased dramatically since last year. New measures are being implemented to combat it, which unfortunately will mean restricted access to goods and a less enjoyable shopping experience as security will question and or search customers more frequently,” said Watson.

“Besides shoplifting for themselves or persons they know, there is an open market for stolen goods on unregulated social media accounts and there is little threat of punishment even when they are caught.”

He added: “The plastics ban has undermined our ability to determine which goods have been paid for before leaving the store. Paper bags have major limitations for what can be bagged and are five times the cost of plastic. Customers bringing their own bags creates an additional security concern.

“In any event, the ban is important for our environment and we will have to improve security in other ways, including changing the layout of our stores as necessary.”

Watson told Eyewitness News that the company’s new Baillou Hill Road store currently under construction is set to be completed by June 7 based on the most current construction schedule.

“That store’s location would have qualified for the expansion of the Over-the-Hill Initiative announced last June but it was not implemented, so the construction cost is much more than expected.

“Despite constantly hiring, roughly 30 more positions need to be filled by the June opening because the Independence Drive Business Park location on East Street will remain open and the new Harbour Bay Plaza location is now open.”