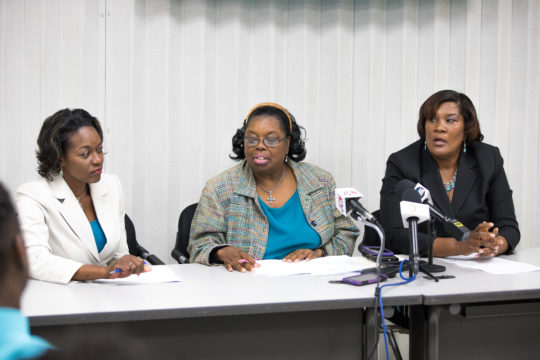 The Department of Statistics (DOS) currently has no way to measure how much money the country loses due to corruption, according to DOS Assistant Director Clarice Turnquest.

At a press conference on Friday, Turnquest said, she was unsure if facts of corruption are even able to be accounted for.

Her sentiments were echoed by DOS Acting Director Leona Wilson who said, while she is not in a position to comments on Prime Minister Dr. Hubert Minnis’ corruption figures, if there is corruption that involves missing money, “the funds would show up somewhere”.

“It was pointed out that five to 10 per cent of the nation’s gross domestic product (GDP) is lost to corruption, in some cases as much as 30 per cent,” Dr. Minnis said.

Members of the Official Opposition took issue with the revelation and criticized Dr. Minnis for “bad mouthing” The Bahamas and asked the prime minister to provide evidence of this corruption.

“This bad mouthing of our country shows that common sense is not common,” said Opposition Leader Phillip Davis in a statement.

“To support his unfounded allegations of a corrupt country, he claimed that $200 million was lost to corruption. The prime minister cannot make such an assertion without saying on what empirical data he bases this statistic or assertion. I ask him to provide the evidence.