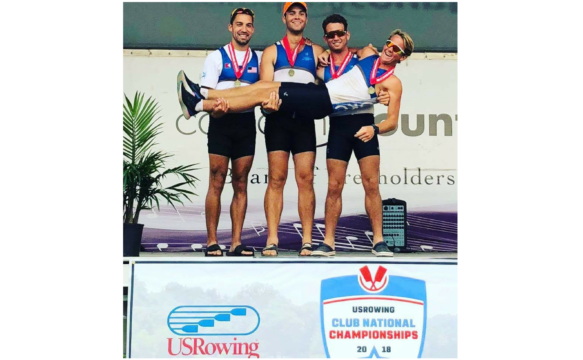 Along with teammates Matt Kohler and Wester Thompson, the brothers represented the Oklahoma City High Performance Center, where they are training for the summer.

Along with competing in the team sculls, both brothers also competed individually in the men’s single and double sculls, racing up to 10 times each day for the past five days.

The Stanhope brothers train locally with the Nassau Rowing Club (NRC), which also sent out a release about the victory.

“Nassau Rowing Club can now proudly claim to have produced national level champions out of junior Learn to Row Program,” the release said.

“A huge shout out to the High-Performance Center, our coaching affiliates and supporters who have all had a part in helping Ethan and William to this level. We are all proud of you boys. Next Stop, World Under-19 and Under-23.”

Along with the Stanhope brothers, NRC president Emily Morley also trains locally with the club. Morley was the Bahamas’ first Olympic rower. She also won the Women’s Collegiate 8+ at the Dad Vail Regatta in 2016, which is one of the U.S.’ largest collegiate regattas.