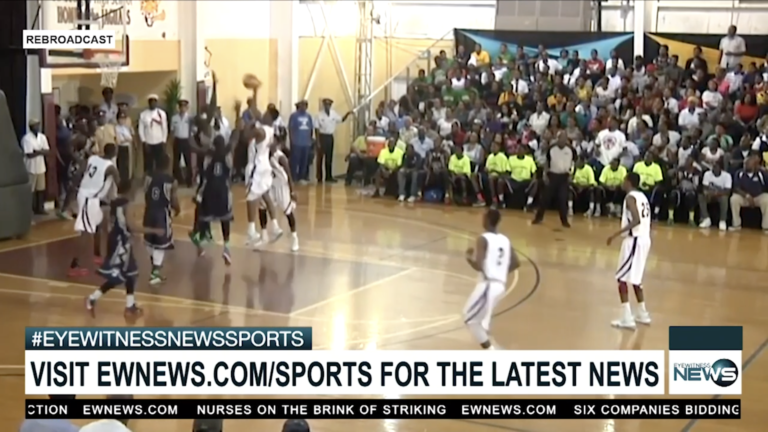 The St. Georges Jaguars claimed victory in the hotly contested 2019 National High School Basketball Championships (NHSBC), which wrapped up in Grand Bahama Monday night.
In the marquee match of the night, the Jaguars took down the Tabernacle Falcons in a tightly contested game to secure the boys title.
The most valuable player (MVP) of the tournament Paul Grene led the way for the Jaguars in the win with 22 points and 17 rebounds.
“The guys worked hard and showed toughness throughout the tournament to pull off this win,” said St. George’s coach Daryl Sears.
“Just Wednesday, Paul had his hand taken out of a cast. His middle finger was basically split in two. And for him to come out and play the way he did, it says a lot about the kind of athlete he is.”
In the senior girls division, the St. John’s College Giants capped off a dominant season with a 56-44 win over the St. Augustine’s College Big Red Machine.
Back in February, the Giants beat out SAC to win the Bahamas Association of Independent Secondary Schools (BAISS) title.