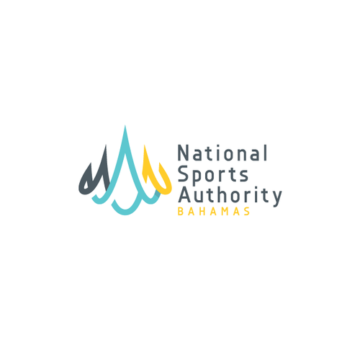 A six-year audit of the National Sports Authority (NSA) revealed that expenditures to support stadium readiness upgrades lacked transparency, the government may not have gotten value for money from special funding provided to put on several international events, and numerous contracts lacked formalized “process and transparency”.

Between the period in question, the government provided $7.16 million to the authority.

The authority depends largely on the Ministry of Finance for assistance with funding of capital improvements at the Queen Elizabeth Sports Centre as well as subsidies for operations.

It also said the control environment lacked several important functions which operated in a discretionary manner, and executive management at times “operated in contravention of the financial regulations”.

The auditor general found there was no approved procedural manual; no set salary scale structure, a lack of incremental formula; no employee handbook governing employees; and no clear career paths.

The review also revealed that the consulting general manager fulfilled the role without a contract for six months — between July 2015 and July 2016.

“A letter of extension was said to have been given, however, we were unable to obtain a copy,” read the report.

According to the auditor general, the authority has held many successful events at the new stadium and refurbished track, and engaged promoters of each event and managed all activities, resulting in “enormous spending” for upgrades and improvements of the various facilities.

“The NSA should be commended for maintaining, operating and the hosting of events (local and international),” the report said.

“However, our audit revealed areas that need improvement.”

As it relates to contracts, the auditor general said there was no information on file to state how contracts were awarded, and in effect, there was limited procurement activity recorded, which “represents a series risk surrounding the use of funds”.

The auditor general recommended that contract documents be transparent, clear and precise.

The report documentation numerous contracts which had deficiencies.

For example, the authority engaged a consultancy firm in May 2015 for three years at a fixed rate of $40,000 per month, payable in quarterly installments.

The ministry made direct payments to the company totaling $467,907.51.

However, the contract in terms of specifications and conditions had “shortcomings” as all the deliverables of the contract were never completed, the auditor general found.

The authority’s board recommended to cancel the company’s service, referred to as ‘Company A’, in a letter dated May 22, 2017, but up to that point the company had already been paid a total of $1.19 million for services never performed.

“We further noted that there was little information on the company and as a result it made it difficult to assess the contract management (post award) as an appropriate file was not maintained,” the report read.

“The documents that were provided included the contract and invoices from the company.

“There was no information to show how this company was chosen.”

The report determined that the procurement process ultimately lacked levels of delegation of authorities and as a result, activity under the control of the contract could not be properly monitored to ensure completion before payments were made.

The auditor general recommended the authority establish a contract committee with delegated controls to use financial thresholds for levels of approvals.

Another contract with an entity referred to as ‘Company G’ was paid just over $1 million between July 31, 2014 and January 24, 2018 in four installments.

A review of that contract revealed that none of the work was put to tender and the contract documents were not in place.

The auditor general said value for money could not be determined.

Another $193,00-plus contract signed by a “senior government official” on October 2014 for an entity referred to as ‘Company B’ lacked documentation giving approval to pay the amount, other than a copy of an invoice.

The report said the board nor the executive of the authority appeared to have been made aware of the engagement.

Additionally, the auditor general said the deliverables in that contract were vague and provided no timeline for completion.

The report recommended that only approved expenses by the board be paid, noting that the expenditure did not appear to be budgeted and could have placed a strain on the authority’s finances.

The report did not review all aspects of the authority’s systems and said it “cannot be regarded as a comprehensive statement of all the weaknesses that exist or of all improvements that might be made”.