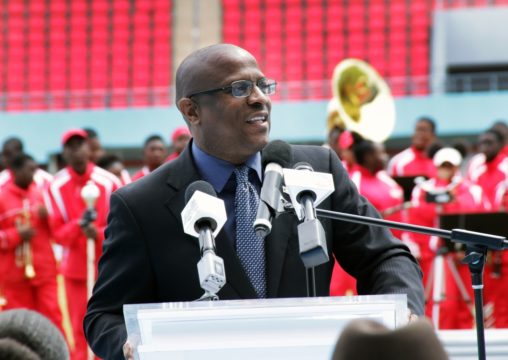 “We do intend to focus on facilities,” Pintard said.

“I would remind members of the public that prior to us coming into office, there were a number of facilities not being worked on at the time. If you recall, the designs were being worked on for the Exuma project, but not completed, so that initiative had not started.

“In the case of Abaco, the allocation for the proposed facility in Abaco was far below what was required. Therefore, that was stalled prior to the election. Also, on Moore’s Island, that project was not in train.

“The former administration came to the point of having compacted the fill, so, preparatory work was done up to that point and we do intend to continue with that as well.”

Along with developing smaller academies, Pintard said he is also open the idea of a national sports academy.

“It is possible you can have multiple academies for elite athletes. However, there is no reason that the government can’t open up another academy,” the minister said.

“Nothing prevents us from establishing an academy for persons that are interested in becoming scholarship athletes and are not really interested in joining the professional circuit.”

The original idea of a national sports academy was introduced in 2013 under the former administration, however, there has been no activity since.