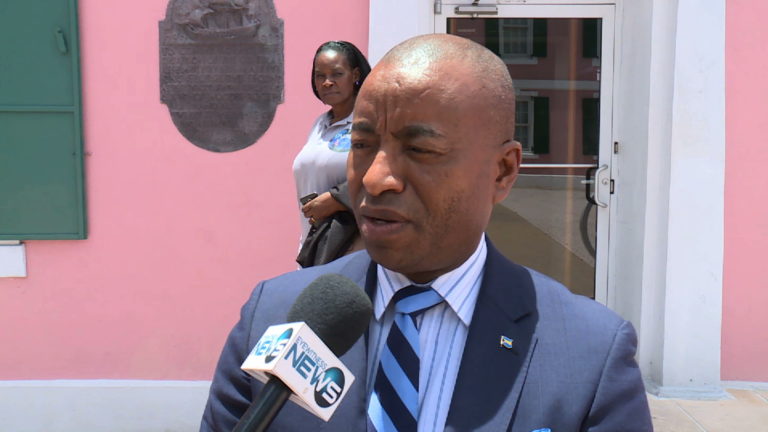 NASSAU, BAHAMAS — North Abaco MP Darren Henfield said he believes Hurricane Dorian victims who were displaced should be allowed to choose to vote in the areas where they resided before the record storm “interrupted their lives”.

“It would also be good if they wanted to exercise their rights to [vote] in the island where they are.”

Last week, Speaker of the House of Assembly Halson Moultrie, who also serves as chair of the Constituencies Commission, told Eyewitness News the commission will make a determination as early as this week on whether the commission will recommend allowing displaced storm victims to choose to vote in the area of where they permanently resided in the next general election.

Moultrie indicated that would be the “preferred situation”.

The decision would require a change in the law.

Outside Cabinet this week, Minister of National Security Marvin Dames, who has responsibility for elections, indicated that displaced voters must register in their new constituency as the government cannot circumvent the law.

Dames said: “The law is pretty clear on that now, and we can’t circumvent the law. The law is really clear on persons who would have been out of their jurisdiction… If and until the law is changed, we have to abide by the law.”

According to the Parliamentary Elections Act, a resident is entitled to be registered as a voter in a constituency if they are living there, and have been living there for a period of three months.

Hundreds of families have been displaced from Abaco and Grand Bahama since September 2019.

Last year, Central and South Abaco MP James Albury told Eyewitness News he hoped displaced Abaconians on New Providence, Eleuthera and other islands would get special voting consideration — however, he admitted at the time he was not sure how it would work.