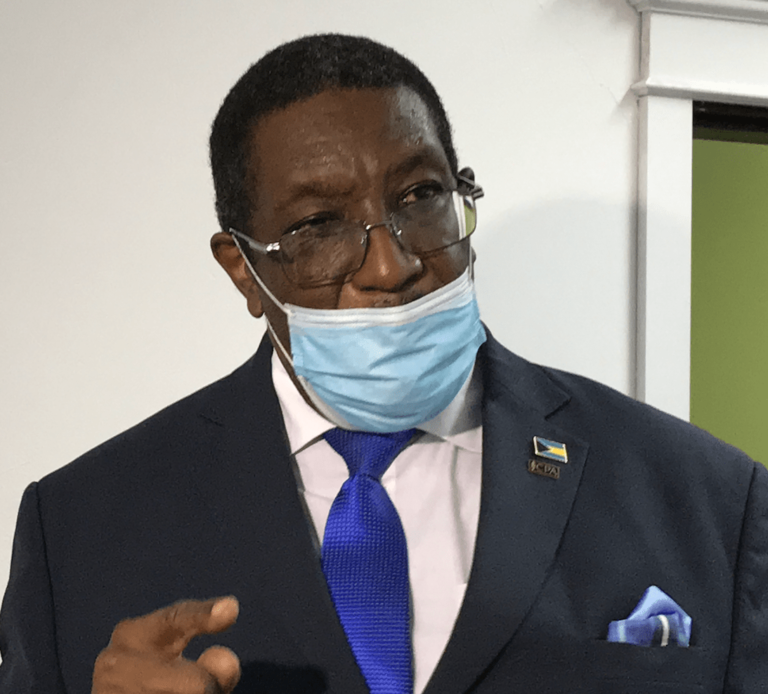 Constituencies Commission to make a determination for govt. consideration by next week

NASSAU, BAHAMAS — Speaker of the House of Assembly Halson Moultrie, who also serves as chair of the Constituencies Commission, said yesterday that the commission will make a determination as early as next week on whether displaced storm victims from East Grand Bahama and Abaco, who have since relocated, will be allowed to choose whether they vote in the area of where they permanently resided in the next general election.

In an interview with Eyewitness News, Moultrie said that would be a “preferred situation”.

He noted that the commission should have sufficient information on the matter to make a determination by next week.

“We haven’t, as a group, agreed to send out a report as yet,” Moultrie said.

“What I can say to you is that we’ve met several times, just went again on Monday, and we are looking at a serious matter that relates to persons who have been displaced by Hurricane Dorian out of East Grand Bahama, in particular, and parts of Abaco.

“We are communicating with the parliamentary commissioner to see how best we can address that in terms of the persons being eligible to vote based on the law of being ordinarily resident prior to, because some of them have been displaced now for more than a year.”

According to the Parliamentary Registration Act, a resident is entitled to be registered as a voter in a constituency if they are living there and have been living there for a period of three months.

Pointing to existing legislation, Moultrie said: “And so, the laws would have to be amended if we are to permit them vote by choice, and if their choice is to vote where they were permanently resident prior to being displaced.

“We are looking at it seriously because it affects the numbers for constituencies.

“What we are trying to do is get as much as possible parity and equal weight for each vote.

“What we wouldn’t want is a constituency that ordinarily had 5,000 or 6,000 persons like East Grand Bahama and suddenly now because of Hurricane Dorian, the numbers may be down to 1,500 or 1,000 or even less.”

The speaker said the information is being compiled and the commission will determine whether it needs to make an interim report and an early recommendation to the executive on the matter “to see if the Parliament…would be inclined to move an amendment before Parliament”.

Last September, Central and South Abaco MP James Albury told Eyewitness News a special allowance ought to be made for displaced Abaconian storm victims to allow them to be registered to vote on Abaco in the next general election.

Hundreds of families were displaced as a result of Hurricane Dorian in September 2019.

Efforts to rebuild the islands are progressing, albeit at a slow pace due to the scope of the damage.

According to Albury, many Abaconians moved to New Providence, Eleuthera and other islands with the intention of returning, but may be faced with financial constraints and be unable to return before the general election.

Yesterday, the speaker said some displaced residents have even been displaced to the United States.

He said the amendments to the Parliamentary Act provide for students and other employees who work at the various consulates.

“So, that has to be addressed and a lot of persons have been displaced to various Family Islands,” the speaker noted.

“We understand there is a large group in Andros and Eleuthera in particular.

Ohhhh lawd here comes the BOOMMM!!! This is grounds for cheating right here. I can sense the catastrophe on the horizon. Wherever was their last place of residence they need to vote under that same consitutency as long as they are still alive. Dont try using no dead ppl names either who passed as a result of the storm bcuz they cudnt even get a proper burial so dont try use their credentials for falsify an election.