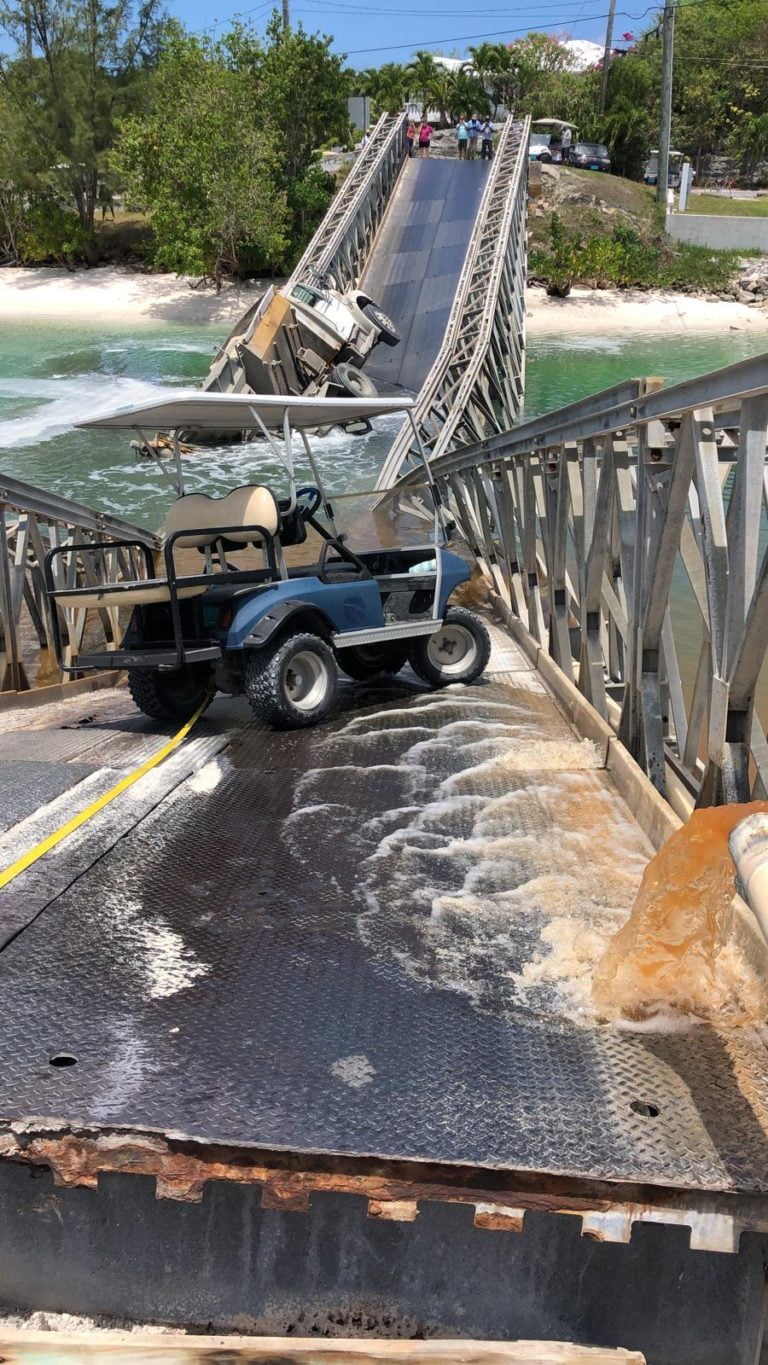 The bridge from Spanish Wells to Russell Island, which collapsed on May 6, 2020. (PHOTO: SUE-LYNN PINDER, SPANISH WELLS RESIDENT)

SPANISH WELLS, ELEUTHERA – The bridge from Spanish Wells to Russell Island has collapsed, cutting off access to the islands and cutting off the community’s access to its main water supply.

Progressive Liberal Party Senator Clay Sweeting told Eyewitness News a cement truck and golf cart were on the bridge when it collapsed shortly before 2 p.m.

Sweeting said the government signed a contract to replace the bridge in July 2019.

“It’s been deteriorating for some time,” he said.

“The new bridge is in containers on Russell Island waiting to be installed, so right now it’s not too much that can be done. There are a lot of residents on Russell Island that cannot transport themselves to Spanish Wells and vice versa.

“Also the water main is attached to the bridge and that also has collapsed. So now the community over there will be without water for the most part.”

Sweeting added: “Right now we are trying to assess the situation not much we can do. We ned to get some heavy equipment in.”

I pray that no one is hurt and they get the water and repairs done soon.

May God bless them all.

Praying for all the islands inhabitants at this traumatic time.

I hope all the people are ok