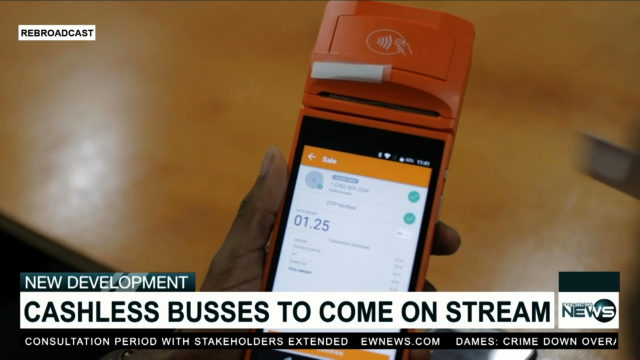 NASSAU, BAHAMAS – The hassle of having to find the correct change to give a bus driver will soon come to an end as some 12-15 busses will be outfitted with a cashless system that would allow riders to use top-up cards.

The change is expected to come on stream for several bus routes in February 2019, said President of the Bahamas Unified Bus Drivers Union, Frederick Farrington.

“We are looking at 12-15 buses for one particular route. We can’t say just yet what route it will be, but the card system will be available shortly before that time,” Farrigton said during a press conference held Friday.

Farrington said commuters would have to soon pre-pay for their bus rides using top-up cards that commuters can buy at grocery stores and gas stations.

The new cashless system was implemented by the Ad Wi-Fi company; the same company that equipped dozens of busses with Wi-Fi services earlier this year.

In addition to wi-fi and going cashless in the coming months, Farrington said the overall aim of the union is to examine ways to make commuting easier for those who take the bus.

“We put the customers first,” Farrington said, adding that they are also looking at creating overhead shelter at bus stops and route information.

“We’re not waiting on the government anymore, we have to do things ourselves,” Farrington said.