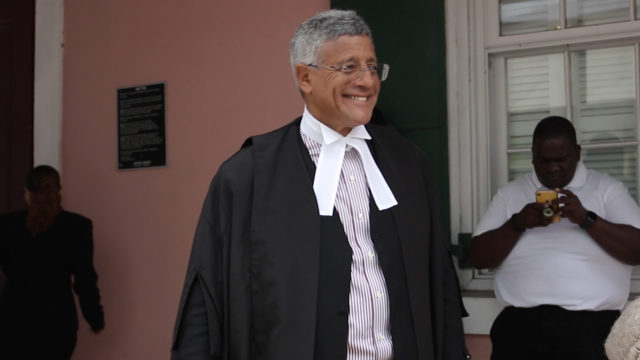 NASSAU, BAHAMAS – Activist and lawyer Fred smith, QC, yesterday described the government’s proposed Nationality, Immigration and Asylum Bill 2018 as “a step in the right direction but not enough”.

The new bill seeks to finally address the long-standing problem of statelessness and the rights of Bahamians to pass on their citizenship.

In an interview with Eyewitness News  Online on Thursday, Smith applauded the government for overhauling the Immigration Act but said there is one area that still needs work.

“I don’t understand this whole change for persons to apply before they reach 21,” he said. “Anyone born in The Bahamas should receive automatic citizenship.

“If you are born here, you are Bahamian, that’s it. Why should you have to apply, it should be automatic.

“Just how Bahamians go to Florida to have babies, we should allow persons to have babies here. If the government fixes that one problem. Then I promise the majority of the immigration issues will disappear.”

The bill is currently out for consultation, however activist Louby Georges told Eyewitness News Online that the Haitian community is clueless and it has caused widespread panic.

“I am doing my best to explain to the community but people are confused and it is starting to cause a panic. No one knows what is happening,” he said. “The government has not come in the community and nothing has been said”.

Georges also questioned if the Department of Immigration can handle the huge amount of applications that would come in after the bill is passed given the backlog they currently have.

The bill, which is 123 pages, would repeal The Bahamas Nationality Act and the Immigration Act.