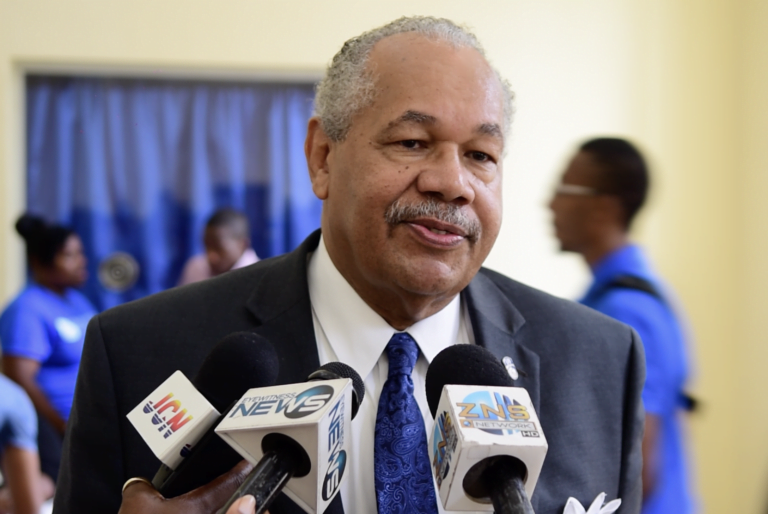 NASSAU, BAHAMAS — University of The Bahamas Dr Rodney Smith yesterday maintained his commitment to fulfilling his mandate to the institution until the end of his tenure in 2022.

“I will not abandon UB’s faculty, students and staff, as some have suggested,” Smith said in a statement.

“Over the next two years, we will focus on surviving these difficult times together, rebuilding UB-North, and ensuring that UB has the right leader for the future, beginning in 2022.”

Smith will not be seeking to renew his contract at the university in August 2022 and has begun actively seeking employment.

This comes after it was revealed last week that Smith had been shortlisted along with two other finalists to be West Virginia State University’s (WVSU) 12th president.

Smith was not selected by WVSU; however, he claims he withdrew his candidacy ahead of their decision.

He further noted that he has received nominations for several positions over the years but did not act on any of them.

Smith said it was his fault that he did not immediately inform UB’s board of his WVSU nomination; adding he was focused on UB’s financial dilemma.

Smith underscored he is 68 years old, and would also be impacted by any reductions carried out by the institution.

“Most universities have a policy in place which allows former presidents to become professors at the end of their tenure as president,” he said.

“Although UB does not have such a plan in place, I was pleased to accept the reappointment as President of UB on an initial three-year contract because I welcomed the idea of completing those plans that were begun during my first term as president of the institution.

“On a personal note, I hope it is understood that I do not have the benefit of a pension to lean back on. I will be 70 years old in 2022 when my contract with UB will expire. As my current five-year contract is coming to an end I must begin to think about life after my time at UB has ended.”

Smith continued: “University Presidents commit to being on the job 365 days a year, seven days a week, and 24 hours a day. If I do not begin to think about next steps, I will find myself unemployed following my current contract at UB. My search for new employment will in no way prevent me from performing my duties as President of UB.

Smith noted the institution will need to encourage people who are eligible for pension to retire, including those workings as adjuncts.

He said the measures will assist UB to become more financially sustainable in the short term; and in the long-term, open faculty and staff positions to the next generation of professors and professionals currently studying and working in The Bahamas and abroad.

Smith said: “As the President of UB I have a responsibility to current students, faculty and staff, but I am also a steward of the future of UB and must do what I can to ensure that the institution is in a position to serve future generations of Bahamians.

“A part of this duty is ensuring the financial viability of the University. It is most unfortunate that confidential, preliminary discussions that were had with the Board of Trustees have been leaked to the media. If one useful thing can be garnered from the current situation it is that more people are aware of the need to place UB on sure financial footing.

Smith said: “The manner in which these discussions were made public should in no way obstruct the UB Community from moving forward once good decisions are reached, as difficult as some may be. UB is a resilient institution and UB will survive.”