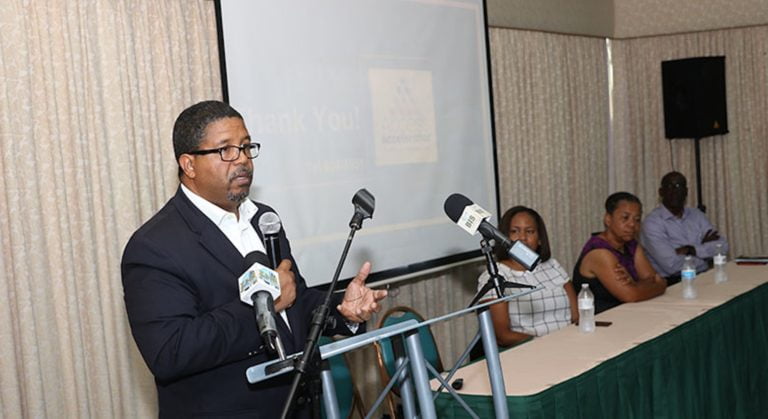 NASSAU, BAHAMAS — The Small Business Development Centre (SBDC) has trained nearly 7,000 Bahamian entrepreneurs and approved approximately $8 million in funding since it was formed in 2018, according to Deputy Prime Minister and Minister of Finance K Peter Turnquest.

According to Turnquest, the approved funding to date includes $4.6 million to businesses impacted by Hurricane Dorian in Abaco and Grand Bahama – the two islands impacted by the Category 5 storm.

“As a forward-looking government, we believe in the potential of the youth of this nation,” he said during his mid-term budget statement in Parliament.

“That is why we made investing in Bahamian entrepreneurship a key pillar in our agenda.

“The Small Business Development Center (SBDC) has made significant progress in transforming the lives of many young and talented Bahamians.

Turnquest said: “From its inception to date, the SBDC has helped approximately 6,675 Bahamian entrepreneurs with over 900 hours of training, and approved funding in of the neighborhood of $8.0 million, including $4.6 million to businesses impacted by Hurricane Dorian in Abaco and Grand Bahama.”

“As I foreshadowed in the 2019/20 Budget Communication and during the Supplementary Budget Debate, the government will bring to Parliament a resolution for a $25 million loan from the Inter-American Development Bank (IDB) to facilitate the enhancement of access to financing for micro, small and medium-sized enterprises (MSMEs), as well as to finance training and advisory services for these businesses.”

“It is important to point out – given the propensity of some to engage in undue mischief – that the financial impact of this facility has already been factored into the borrowing and debt plans of the government as outlined in our budgets and our fiscal strategy report,” he said.

“Thus, this operation will not add any additional amounts to the sums already projected in the budgets and reports reviewed by Parliament.”