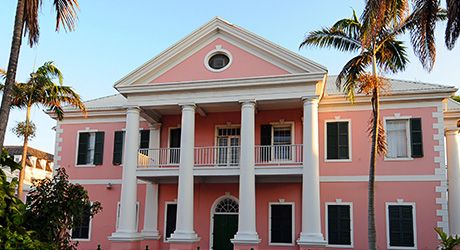 The Supreme Court of The Bahamas.

Moree was opining on criticisms levied by several government officials against a Supreme Court ruling to extend its injunction preventing the government from destroying shantytown communities on the entirety of Abaco.

In an exclusive interview with Eyewitness News on the matter, Moree said: “Everyone has the perfect right to disagree with a judgment; that’s the right of every person in a democracy, and I think judges have pretty broad shoulders in that regard and of course we have appeal courts and the process will play its way through.

“We need to be careful not to erode the public confidence in the judiciary because that is a slippery slope, which I think would be unfortunate.”

Last week, Supreme Court Justice Cheryl Grant-Thompson handed down her ruling on the contentious matter, restricting the government’s actions without bringing evidence of a breach of the law to the court first.

A substantive judicial review of the shantytown matter is still under review by the court.

Attorney General Carl Bethel has advised that the government will appeal the ruling.

Bethel, along with Deputy Prime Minister and Minister of Public Works Bannister and Foreign Affairs Minister Darren Henfield, last week commented on the ruling and expressed their disagreement with the position.

Bannister called it a flawed decision that was “wrong in law”.

Moree noted yesterday that while he would not address the comments specifically, he is “not sure it helps public discourse for a person to denigrate the judge or the view of a particular decision”.

“Even though they are at liberty to disagree with it vigorously if they wish to do so, but there’s a proper way of doing that which preserves the public confidence in the judiciary while at the same time giving people a right to express what they want to with regard to a particular decision,” he said.

Moree said “every judge has the independence to make whatever decision he or she thinks is appropriate according to the law”, adding that judicial independence is an extremely important part of the rule of law.

The government recently demolished several allegedly illegal housing structures in The Farm shantytown in its third phase of eradicating such dwellings throughout the country.