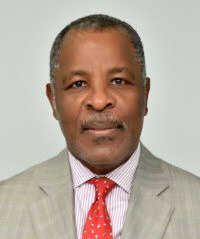 NASSAU, BAHAMAS — Bahamians must “shift” their mindset from believing that foreign investors must be the drivers of economic diversification, according to a prominent businessman.

Sir Franklyn Wilson, while addressing a Facebook Live forum yesterday, acknowledged that this nation must diversify its economy, stating that “we have to do it ourselves”.

“The problem is we have been saying that from I could remember myself. We are more dependent on tourism now than we were 50 years ago,” said Wilson.

He added: “There was a time when Grand Bahama had a very vibrant growing manufacturing center. Rather than progressing, we are going backwards, in my view.

“In my view, to talk about economic diversification, we have to start with who is going to do the diversifying.

“We always talk about ‘we’. ‘We’ is you and I. The fact of the matter is that diversification has to be done either by the government or the private sector.

“It puts us in a mindset where we just depend on some foreign investor to come in and build the manufacturing plant or factory. That is unwise.

“Yes, we need diversification and yes we need it sooner rather than later.”

The Arawak Homes chairman noted that for economic diversification to be realized in The Bahamas, there has to be a “mindset shift”.

“There has to be a mindset shift where we see ourselves doing it. We are too dependent on foreigners coming in and doing it for us. We have to do it ourselves,” he said.