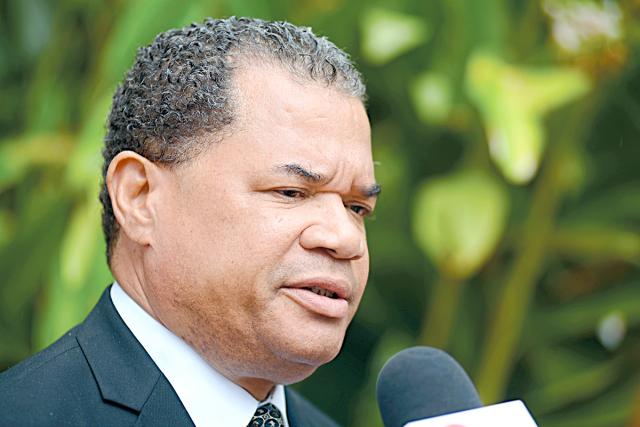 In a quest to uphold what his colleague minister previously stated, Labour Minister Senator Dion Foulkes said on Sunday that the government will demolish all unregulated shanty towns in due course.

Minister Foulkes led a delegation this past weekend to Abaco to get a first-hand assessment of the Mudd along with other shanty towns on the island and the serious challenges posed by these unregulated communities.

Speaking on everything from illegal-powered generation to tax avoidance and a drain on the economy, Foulkes outlined a systemic problem where scores of people currently live in the country but do not follow proper regulations as normal residents do.

According to Foulkes however, the government will do all in its power to make the transition for the shanty town residents as humane as possible.

“We want to have a comprehensive approach from a community-based aspect,” He said in an earlier interview.

“Whatever we do we want to have the minimum amount of resistance within these communities.”

Foulkes is not alone in the assertion.

He is the latest cabinet minister to speak directly to the issue. Desmond Bannister, Minister of Works has expressed earlier that the government is adamant about eradicating shanty towns across the country and will not entertain regulating activity that it said is illegal.

“We’re looking to eradicate them,” Bannister said, when asked whether the government had considered introducing regulations, which would govern how structures in shanty towns are built.

Bannister has also said that areas already impacted by fires will be repurposed and that the shanty town eradication efforts will make their way to New Providence.

He was however, unable to give an exact timeline as to when they take effect.

“There is a full plan that has been presented to Cabinet,” he said.

“I’m sure that plan will be shared with the public by the ministers responsible.”

According to Foulkes, there are 11 shanty towns in New Providence, four in Grand Bahama and several in Abaco, North Andros and North Eleuthera.

The most recent fire in The Mudd on March 3, revealed that unregulated generators were rampant within that community and, according to Foulkes, poses a huge safety concern.