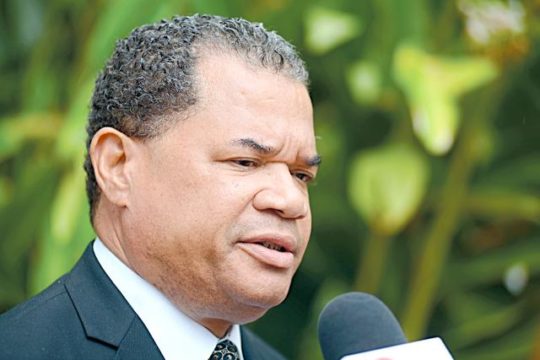 The government’s Shanty Town Committee will canvas all 11 shanty towns in New Providence next week Sunday in an effort to provide a better understanding of the current demographic residing in these unregulated communities, according to Labour Minister Dion Foulkes.

The ‘sheriffs’ that make up the committee have been mandated by Prime Minister Dr. Hubert Minnis, to reform shanty towns throughout The Bahamas – unsound structures are to be demolished and all illegal immigrants dealt with.

“We are launching a national survey this coming Sunday between the hours of 2:00 and 5:00 p.m.,” said Foulkes.

“Our effort will begin in New Providence. Eleven shanty towns will be dealt with. We have a series of 13 questions within this survey. We want to find out how many residents are in these communities, their ages, whether or not children are in school, if there are any persons with disabilities and a number of other pertinent items.”

While the survey will be an extensive undertaking, Foulkes underscored that the committee remains devoted to ensuring that the entire process is one that is humane.

“We want to be as sensitive as possible, as we carry out this upcoming survey. People have to understand that the average shanty town is about 50 to 60 years old and so we have to approach this effort in a very humane manner; especially because not all residents in these communities are illegal,” he noted.

Over the past few weeks, the committee hosted a series of meetings with various stakeholders within the Haitian-Bahamian community, to ensure that the process of bringing reformation to these unregulated communities is a smooth one.

Foulkes revealed that the committee is set to meet with Haitian-Bahamian community leaders tomorrow ahead of Sunday’s survey.

“We have met with the Haitian Bahamian Association, we have met with Bahamian-Haitian Pastors League, various religious leaders and many different groups to consult on the way forward. Thursday will be a second meeting with these stakeholders to seek assistance with Sunday’s survey,” he said.

According to Foulkes, a number of community leaders have already pledged their support to accompany the 11 teams, which will execute the national survey.

“All participants who will carry out the national survey are government workers and they will be joined by various members from within the Haitian-Bahamian community to ensure smooth sailing,” he said.

“The Department of Statistics has done the training for 50 persons comprising 11 teams; so, we feel adequately prepared for the task at hand.”

Andros, Eleuthera and Abaco have all been identified as hubs where these unregulated communities have been erected.

“In Abaco, as you know, there is The Mudd, the Pigeon Peas community and other shanty towns in Sand Bank and Farm Road at Treasure Cay,” he said.

“This island houses probably the largest area outside of New Providence, that has well developed towns with full utilities. I      am happy to note that a 20-person committee has been formed on that island to work out alternatives for regulating these communities housing of those persons.”

The national shanty town survey comes on the heels of two recent fires in The Mudd, which destroyed nearly 100 homes and left hundreds of residents displaced.