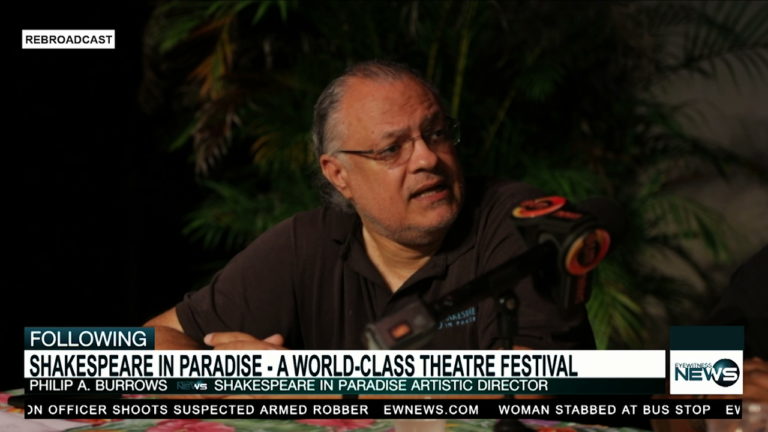 Ringplay Productions will debut the 10th Annual Shakespeare in Paradise (SiP) Theatre Festival October 10 -13 this year. The event was announced at a press conference Tuesday at the Dundas Centre for the Performing Arts.

The season will celebrate signature Bahamian work with the world premiere of a Bahamian musical, ‘Der Real Ting’, Eddie Minnis’ songs, which was created by SiP’s artistic director Philip A. Burrows. The work will feature 25 iconic Eddie Minnis songs arranged by Fred Ferguson with vocal arrangements by Adrian Archer.

Burrows along with ‘Der Real Ting’ writer Patrice Francis and Delores Adderley, manager of the Dundas, gave the media insight into the various productions SiP will be presenting.

For the first time in the festival’s history, there will be an evening of plays called ‘Short Tales’ – 10 10-minute plays by 10 Bahamian playwrights. The novice directors have been working closely with Festival Director, Nicolette Bethel and SiP and Ringplay’s executive board member Anthony ‘Skeebo’ Roberts.

An opening night gala performance of this work will take place on October 10 in the Winston V. Saunders Theatre.

Tickets for the gala evening are $100. Performances will continue October 11 – 13 with tickets priced at $30, which will also be the cost for all other shows during the festival.

Partnering with the National Art Gallery of The Bahamas (NAGB) again this year – this time to showcase ‘The Making of Der Real Ting,’ a talkback at Fiona’s Theatre, the Gallery’s new amphitheatre, with the legendary Eddie Minnis on his work as a visual artist, cartoonist, songwriter and singer. The panel will also feature the creators of his new musical ‘Der Real Ting!’: Burrows, Nicolette Bethel, Francis, Fred Ferguson, Adrian Archer and Ricardo Christie.

Paul Hanna will also appear in concert at NAGB’s Fiona’s Theatre. Paul is no stranger to Bahamians. He has held a number of concerts at the Dundas both in the Winston V. Saunders Theatre and in the Philip A. Burrows Black Box Theatre.

SiP, in association with Superior Productions, will also present ‘Truth and Laughter’, an evening with vocalist JudahThaLion & the Truth hosted by Sawyerboy.

Tickets can also be purchased online at shakespeareinparadise.org. Group rates and senior and student discounts are available.