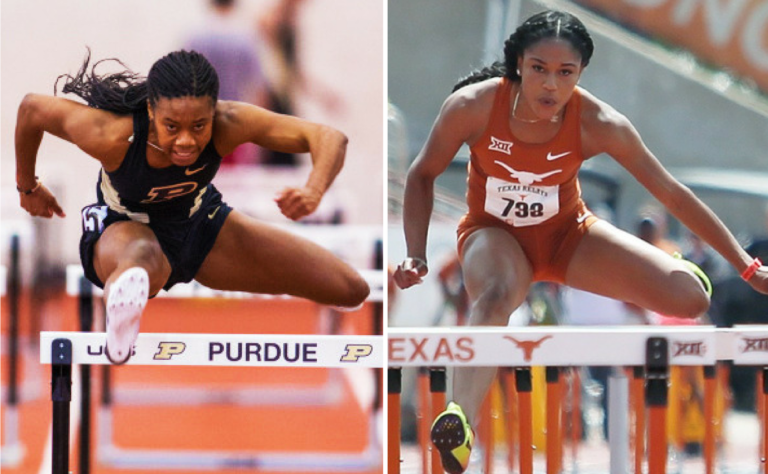 Seymour finished in 12.81 seconds, the fifth fastest time overall, while Charlton was seventh overall in 12.86 seconds. Jasmine Camacho-Quinn, from the University of Kentucky, posted the fastest time of the day in the event, crossing the finish line in 12.54 seconds.

Jenae Ambrose, from Auburn University, ran a leg on the women’s 4x100m relay team that finished fifth overall in the semifinal round in 43.11 seconds. The 4×100 final is set for 6:32 p.m local time. University of Houston sprinter Brianne Bethel also competed in the semis of both short sprints. She finished 16th overall in both the 100 and 200 in 11.32 and 23.05 seconds respectively.