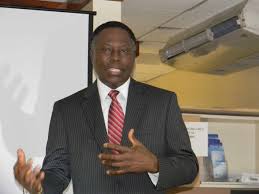 The 39th regular meeting of the Conference of Heads of Government of the Caribbean Community (CARICOM) officially opened in Montego Bay, Jamaica on Wednesday.

Prior to leaving for CARICOM, Senior Policy Advisor to the Prime Minister Joshua Sears discussed the importance of the conclave.

Sears has served in various diplomatic capacities and attended many regional and international conferences.

Underscoring the importance of The Bahamas attending such regional meetings as CARICOM – he explained that the significance of this meeting for The Bahamas is that it affords the prime minister an opportunity to be in dialogue with his colleague heads of government; particularly newly-elected Prime Minister of Barbados Mia Mottley.

“There are also lots of sensitive issues for which the caucus affords them an opportunity to talk among themselves. These are all elected officials who have the responsibility of governing their own countries so this is a way to exchange ideas,” Sears said.

The other benefit is that there are some regional issues, such as the refugee situation in Venezuela and its impact on CARICOM member states namely Guyana, St Lucia, and Antigua.

“Refugees are fleeing their homeland and crossing the border. In the case of Guyana, we are advised that they are now seeing the emerging of diseases, which have been basically eradicated. This is one of the social impacts, of course. That’s an issue which would take centre stage,” he noted.

The other issue is how countries deal with impending disasters, how to strengthen the processes of cooperation and information sharing. Also, security issues which impact all member states specifically crime and the smuggling of weapons, drugs and other contraband.

“So this is an opportunity for Heads to forge that level of relationship and also encourage them to cause their respective agencies to collaborate within CARICOM,” he said.

Heads will discuss measures impacting the implementation of the CARICOM Single Market and Economy (CSME), crime and security in the region and emerging geopolitical developments, which can have an impact on the region’s growth prospects.

Heads will also discuss the topic “Building Resilience: Disaster Management and Recovery Strategy for The Community” after the region experienced several major hurricanes, consecutively Hurricane Joaquin in 2015, Matthew in 2016 and Irma and Maria in 2017.

“The issue of these super storms as we call them is really disrupting the economic space of territories,” he noted.

“If you look at Dominica, which has been devastated, Antigua and Barbuda, we’ve had our challenge as well.”

The Caribbean Disaster Emergency Management Agency, CDEMA, has always recommended, with respect to comprehensive disaster management, the provision of the technical resources of the agencies to train staff to develop technical capacity and shared information.

“The danger, of course, is that these super storms start and they move so quickly sometimes you don’t have time to react. This whole question of the emergency removal of persons and the mandatory evacuations is an issue but some countries, such as Cuba, have been able to do it.

“This is something we did in the last dispensation and most of the Caribbean countries were quite interested in how The Bahamas was actually able to evacuate whole entire islands in impending danger, I think this is something we can share with them as we struggle to provide the legal framework to make it more mandatory.”

He added that this was discussed at the 29th Inter-Sessional Meeting of the Conference of Heads of Government of the Caribbean Community in Haiti in February.

“We discussed the tourism promotion in the context of disasters. That proposal was not readily approved by all member states and I suspect that will come forward. The idea is that you know that a hurricane is coming and you get the public relations in advance in the marketplace so that when it actually hits people are sensitized to know, for example, that it’s not the entire Caribbean devastated or not the entire Bahamas that’s devastated.  So that’s an issue we will certainly want further discussions on.”

On the subject of Crime and Security, Sears said the criminal element is seen as “a very serious threat” to regional stability and the commissioners of police in the region meet regularly to exchange intelligence and other information.

“The issue of corruption impacts governance, impacts resources and these are issues which confront every single Member State and to the extent that one can minimize corruption means that more resources are available for law enforcement, health and education and then it prevents the undermining of the democratic process,” he said.

Added Mr. Sears, “The global criminal element particularly in the era of cyberspace, we really need to ensure that we are on the cutting edge to combat these criminal activities which are devastating in terms of consequences. We exchange information regularly, this is one of the advantages of being in CARICOM.”

On the subject of Marijuana, some CARICOM Countries have moved to legalize or decriminalize it in small quantities.  A commission has been established by CARICOM to look into all aspects of the issue and the report will be submitted to the Heads for due consideration.

“There are some national imperatives from some member states as there are globally.  Some states in the US have taken certain steps, so has Jamaica,” he said.

He recalled the commission visiting The Bahamas recently and holding a town hall meeting during which members of the public attended and expressed a wide variety of views on the matter.

“I think the consensus is still growing and is a body of opinion who believes criminalizing a joint of marijuana makes no sense in this day and age. When you look at some of the consequences of that criminalization – denial of visas and access to travel, so there is a moral imperative to address some of those issues.

“However as a national issue, the government of The Bahamas has not yet made that determination. So at the meeting in Jamaica, we will all listen to the report and recommendations and I suspect some countries would take steps to deal with the decriminalization of marijuana,” he said.

CARICOM came into being when The Treaty of Chaguaramas was signed on July 4, 1973, by Prime Ministers Errol Barrow for Barbados, Forbes Burnham for Guyana, Michael Manley for Jamaica and Eric Williams for Trinidad and Tobago. The initial grouping was called the Caribbean Free Trade Association (CARIFTA).

The Bahamas became a member of CARICOM on July 4, 1983 — 10 years after its Independence on July 10, 1973. The Treaty was later revised in 2002 to allow for the eventual establishment of a single market and a single economy.  However, The Bahamas remains a non-participant in the CARICOM SME.

“The Bahamas was a member of CARIFTA; we joined the Caribbean Development Bank in 1969 so we’ve always participated during those days under the leadership of the late former Prime Minister Sir Lynden Pindling Lynden,” he said.

The Bahamas having officially joined CARICOM 10 years after its independence, was because of two issues – one being the notion that Bahamians generally did not feel part of the Caribbean Community and two, it was a question of understanding the organization.

“Historically, the Caribbean Community evolved by protocols into a Single Market and Economy which really puts The Bahamas in a kind of waiting position because we were never actually interested in becoming a part of the Single Market and Economy for good and fundamental reasons: the level of trade between The Bahamas and CARICOM, the rules of trade of products, The Bahamas being a service-based economy and theirs were basically products and manufacturing.  Also, the common external tariff rules favoured economic interests.”