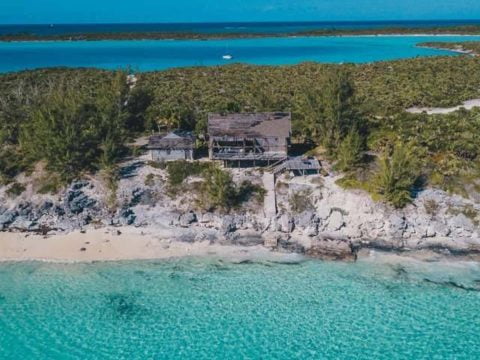 NASSAU, BAHAMAS – The Senate yesterday passed a resolution for the two-way transfer of just over eight acres of land in Norman’s Cay, Exuma, paving the way for the development of the island that was once a transshipment base of the Medellin Cartel nearly 40 years ago.

He said it is hoped to bring closure to “one of the more sordid episodes in the modern history of our country”.

“Hopefully what we do today, will finalize a process of restoration, revitalization and expunging from our memories and the memories of the world the sordid history of Norman’s Cay, which of course in the late 1970s, early 1980s had become the base of operations for one of the most notorious henchmen of what was called the Medellin Cartel,” he said.

Norman’s Cay was the stronghold of Carlos Enrique “Joe” Lehder, a high-ranking member of the Columbian drug organization, and used as an integral part of the cartel’s drug delivery system between Columbia and the United States.

The Bahamian government confiscated the property owned by Lehder in the mid-1980s.

The government agreed to sell the land for $1 million to an investor in February 2002 “and all other good and valuable consideration;  most notably the payment to the government of five percent of the gross sales proceeds of any plot of land in the proposed development”, Bethel said.

He noted that the government will receive additional payments as the project comes on the stream.

According to the attorney general, the resolution enables the “seamless development” of the proposed resort at Norman’s Cay; gives certain minor rights of way without transferring title; and involved a two-way transfer of just over 8.4 acres of land with Exuma Resort Developers and its subsidiary, NC MacDuffs Ltd.

“Hopefully, what we can see is the positive development again of yet another one of the cays in the Exuma range of cays, which has had such a positive effect upon the lives of Exumians from Williams Town in the south, all the way up to Staniel Cay, in terms of being the most northern Bahamian inhabited island,” Bethel said.

Senator Dr. Michael Darville questioned why the government was proceeding with the two-way exchange and not a purchase agreement.

He said the opposition has received reports from Exuma that the developer is considering amending the heads of agreement in order to convert the public runway to a private airstrip.

“The purpose of the land exchange may simply be a precursor to do so,” Darville said.

“The truth of the matter is, other than the surveyed exhibits there are no annex attached to the resolution confirming that the land value and I hope the leader of government business can confirm to us that appraisals were done and the government is truly getting value for money.”

In response, Bethel said the Progressive Liberal Party (PLP), and not the Free National Movement (FNM), agreed to transfer the land.

He said, “The questions you are asking me, you need to ask yourself.”

Senator Fred Mitchell said the government has an obligation to present the facts, notwithstanding which government may have originally agreed to the transfer or development.

The initial 2002 heads of agreement called for the development of a five-star Aman resort and $25 million capital investment.

A supplemental heads of agreement was signed in 2008, and was amended approximately four years later under the Christie administration.