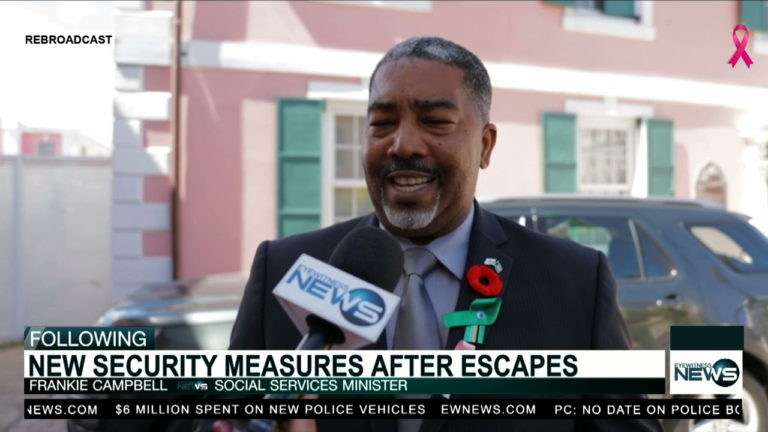 The Simpson C. Penn School for Boys has implemented short and long-term security measures to ensure that there are no future breaches, said Minister of Social Services Frankie Campbell.

The move comes after five boys who absconded from the reform school in recent weeks still remain at large.

Campbell told Eyewitness News over the weekend that the Government is reviewing the procedures involved in handing over [boys] and how they would be moved from one compound to the next.

“ We are looking at the skills of the persons who we have in place to see if we have to add more skills to keep with the Magistrate’s order to keep those boys safe until they are released,” Campbell said.

Also, one week after a social service worker was hauled before the courts for contempt of court after allegedly removing a child from custody without following due process, Campbell said the worker has the full support of his ministry.

The Social Services Minister also noted that he has spoken with the Attorney General’s office to ensure that a misunderstanding does not happen again.

Earlier this month, a Social Services worker attached to the Child Welfare Protection Unit was taken into custody for giving directives for two children to be removed from the custody of their maternal grandmother to their paternal grandmother after mediating in a custody battle with the children’s parents.

“She has served her country for 23 years and everyone is concerned. We have since had meetings with the Attorney General’s office to go over what the Act says to ensure, as far as possible, that we do not have this kind of misunderstanding.

“She has her colleagues support, the Ministry’s support, and my support, and we all hope she will get over the trauma that this experience has caused her,” Campbell said.