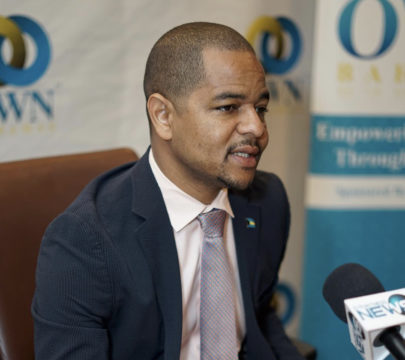 As a licensee of the Gaming Board, “I have a reasonable expectation that my regulator would consult regularly with its licensees and provide guidance on any changes to the carefully and strictly regulated gaming system,” Island Luck CEO Sebas Bastian said in a statement late Thursday.

“I cannot modify my gaming platform unless it is done under prescribed standards of the Gaming Board, its properly tested and then certified by an independent gaming laboratory,” Bastian said.

“The Gaming Act and Regulations have criminal penalties and civil liability for any breach of their provision.

“Any uncertified modifications to a gaming platform would violate the Gaming Act and Regulation, undermined the integrity of the gaming industry, erode public confidence, and could possibly expose our jurisdiction to international sanctions.”

The head of one of the country’s largest gaming operations said, globally, the best regulated and competitive gaming jurisdictions have a strong partnership between licensees and regulator to ensure competitive economies, based on mutual trust and frequent consultations.

“In The Bahamas, I expect no less,” he said.

“Leaves me to question, why is it so hard to do this the right way?”

Meantime, members of the Bahamas Gaming Operators Association are expressing grave concern over the growing number of unregulated webshops.

According to Chairman Gershon Major, the reputational and regulatory risks posed by the black market could jeopardize the country’s good standing with the financial action task force, the organization for economic cooperation and development and the financial stability forum.

Members, he said, are disappointed that government has failed to address this issue and recommends amendments to the legislation to strengthen the powers of the gaming board.

Major adds that the new patron tax has the potential of driving as much as 30 percent of new customers to the black market, resulting in a $40 million loss of taxable revenue.