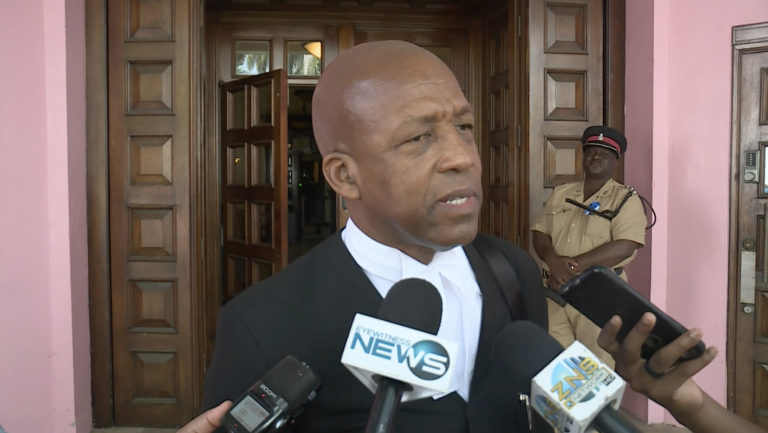 NASSAU, BAHAMAS – After the Bahamas was listed earlier this week by the European Union College of Commissioners as a high-risk country for Anti-Money Laundering and Counter Terrorism Financing (AML/CFT) deficiencies, a former attorney general on Thursday cautioned the government against rushing off to the EU’s headquarters in Brussels to make any ‘ill-considered appeasements and secret agreements’ .

Sears, a former attorney general, said the government seems to have been caught by surprise by the punitive action taken earlier this week by the European Commission.

Sears suggested that Cabinet should assess the nature of this problem, weigh policy options, geo-strategic factors and layout to the Bahamian people a rational policy response.

This response, Sears said, should be supported by empirical data and the best technical advice which will detail how the government will secure the short, medium and long-term national interests of The Bahamas.

Sears said as a former Attorney General who led the team that succeeded in getting The Bahamas removed from the Monitoring List of the FATF (Financial Action Task Force) in 2005, he can appreciate that addressing the EU’s listing is a matter that is complex.

The former AG noted, however, that short-term panic-driven acts of appeasement by the government will not produce a permanent resolution.

“The very foundation of the financial services sector, its organizing assumptions since its construction under Stafford Sands in the 1950s, is being challenged,” Sears said, adding that he would propose the following recommendations to the government.

Sears suggested the government should immediately address the seven deficiencies identified by the European Union in order to remove any pretext or basis for any further hostile actions being taken against The Bahamas.

Firstly, Sears said the government should engage an advisory services team of a local and international multi-disciplinary group, which should include Calvin Wilson, the immediate past Executive Director of CFATF (Caribbean Financial Action Task Force).

Secondly, he said they should form an advisory policy group to review the current threat, assess the likelihood for further punitive measures, share knowledge and contacts and advise appropriate responses based on considerations of proportionality, competitive advantage, niche opportunities and international obligations.

Thirdly, Sears said the government must coordinate collaboration amongst the various regulatory agencies in the financial services sector to prepare a technical brief for the Cabinet’s review and determination.

As for medium to long-term steps, Sears also proposed several measures that could be considered and undertaken to avoid future external threats against the Bahamian financial services sector.

According to Sears, The Bahamas should, with the support of CARICOM, initiate and lead an international lobby for the convening of a global forum, calling for the formation of a United Nations treaty to cover issues of money laundering, terrorist financing and unfair tax competition.

Sears said The Bahamas, as the leading financial services centre, should host an international forum and invitations should be extended to all IFCs, leading scholars, NGOs, as well as multilateral organizations dealing with AML/CTF and global tax issues.  This move, he said, will build global opinion in favour of a global treaty on anti-money laundering and tax regulation under the United Nations.

Sears suggested that the government should examine the feasibility of mounting a legal challenge, in concert with CARICOM,  in the International Court of Justice at the Hague against the measures mounted by the European Union against The Bahamas.

Also, to shift policy decision making to a more rational basis, in the interest of the peace, order and good governance of The Bahamas, Sears proposed that the Government engage the University of The Bahamas to conduct a research project by a multi-disciplinary team of scholars to review the policy measures undertaken by the Government in the area of financial services.

The former AG also suggested that the government increase Bahamian Government representation on all multi-lateral bodies dealing with financial services to build influence and assure an advanced warning system of any potential threat to The Bahamas.

Sears said based on that assumption, incentives, crown land, exemptions from taxes and subsidies are given almost exclusively to foreign investors, while Bahamian investors and entrepreneurs have restricted access to comparative venture capital, and denied equal consideration for incentives, tax exemptions, crown land and state subsidies.

“There should a level playing field both domestically and internationally,” Sears concluded.