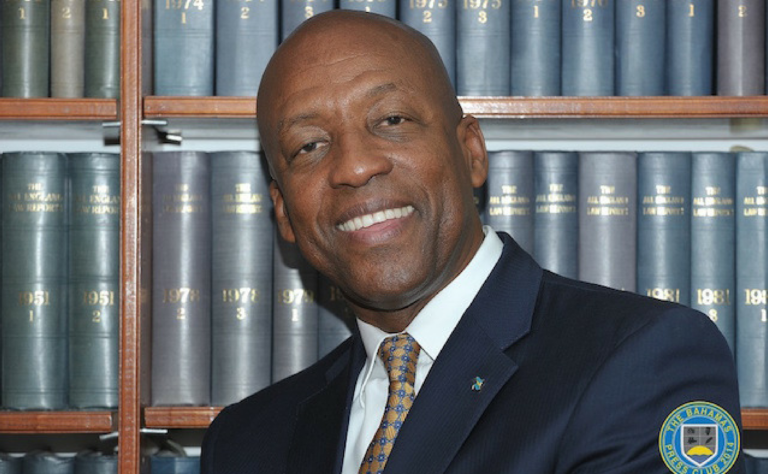 NASSAU, BAHAMAS – While certain financial institutions are afforded the opportunity to engage in broad-based consultation with the government, attorney Alfred Sears on Sunday expressed that Bahamian gaming house operators have not been given the same consideration.

Sears is now calling on Deputy Prime Minister and Minister of Finance, K. Peter Turnquest to level the playing field and eliminate the “ring-fencing” in the gaming sector, just as he is trying to do with financial services.

“Gaming house operators and casinos are also financial institutions, pursuant to the Financial Transactions Reporting (Gaming) Regulations, 2014 and the Financial Transaction Reporting Act 2014, with the same statutory compliance and  KYC [Know Your Customer] obligations as banks and other financial institutions,” he revealed in a statement issued yesterday.

Sears is the attorney for Playtech Systems Limited, one of seven licensed gaming house operators in the country.

On Sunday, the Playtech Systems Limited attorney said the government, through its current proposals, plans to increase the tax rate on gaming house operators up to 400 per cent, but such a move, Sears said, will deepen preferential treatment and ring-fencing around casinos owned by foreign companies, some of whose shareholders are citizens in OECD member countries. This, he said, will likely increase channelization of patrons into the unregulated gaming market; thus increasing the risk of international sanctions against The Bahamas.

“Recklessly, the government proposes to increase the tax rate on gaming house operators by a sliding scale from 20 per cent up to 50 per cent, plus a five per cent stamp tax on patrons’ deposits.  However, the rate of tax on casinos will remain the same,” Sears explained.

“This disparate tax treatment is a classic case of ring-fencing, defined by the European Union’s (EU) Anti-Tax Avoidance Directive as low-tax jurisdiction for foreign operators in the same sector with a statutory tax rate of seven per cent or less or jurisdictions that have been listed by the EU as a non-cooperative jurisdiction,” Sears said. He added that it is upon this very basis that The Bahamas was listed as a non-cooperative jurisdiction by the European Union and, now, by The Netherlands as of January 1, 2019.

“Therefore, the Minister of Finance’s effort to eliminate ring-fencing and level the playing field in the Financial Services Sector should apply equally to the ring-fencing that exists in the gaming sector, which represents a clear and present danger for The Bahamas,” said the  Playtech Systems Limited attorney.

“Why should we wait for another negative listing by the EU, its member countries or other multi-lateral bodies before we address this discriminatory, unfair, inequitable and indefensible disparate tax treatment of entities within the same gaming sector?”

Sears said rather than negotiating in good faith with gaming house operators, consistent with the undertaking that he gave to the Supreme Court, Attorney-General Carl Bethel seems committed to deepening this “unfair, inequitable and preferential tax treatment of entities in the same sector.”

Sears said by aggressively pursuing the exorbitant “sliding scale” taxation structure on the domestic gaming industry while widening the gap between domestic and foreign gaming operators, the Attorney General is only compounding the ring-fencing in the gaming sector that the Minister of Finance is seeking to eliminate between foreign-owned financial institutions, such as banks, trust companies and IBCs.

“This contradiction in government’s tax policy will expose The Bahamas to continuing punitive sanctions as a low-tax jurisdiction and litigation by Bahamian gaming house operators,” Sears said.

“Similar to the consultation undertaken by the Ministry of Finance with the banking and trust company representatives, including AIBT, BFSB and the leading Accounting Firms, to eliminate any preferential treatment in that sub-sector, we call on the government to undertake the same broad-based consultation in the gaming sector, inclusive of gaming house operators, casino operators and the Gaming Board.”

Sears said this broad-based consultation with gaming industry stakeholders is the only way to remove the ring-fencing and preferential treatment of entities within the same sector, ensure fairness and equity in the gaming sector in The Bahamas, reduce channelization into the unregulated gaming market and protect The Bahamas from further punitive sanctions based on ring-fencing and preferential tax treatment of foreign-owned casino operators.

Meanwhile, Sears said he took issue with an article that was published on Friday, January 4 in the Business section of The Tribune, which attributed comments to Attorney General Carl Bethel as it relates to the gaming industry.

According to Sears there are grave interests at stake in this matter, with profound implications for the public revenue, the sustainability of Bahamian-owned gaming enterprises and the security of over 3,000 full-time jobs of Bahamian citizens which require careful and fair conduct.