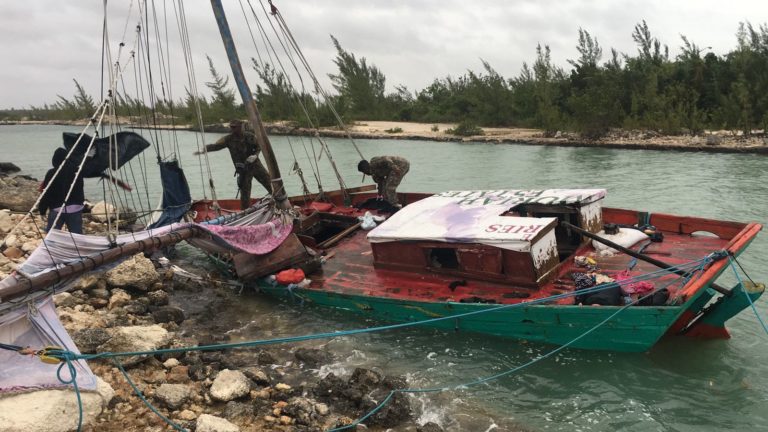 The search for additional migrants is currently underway after several Haitian migrants were apprehended in a combined effort between defence force, police and immigration officials, early Sunday morning.

Efforts by security forces resulted in the capture of 26 migrants, who were turned over to immigration officials for further processing.

The Royal Bahamas Defence Force (RBDF) has apprehended 13 migrant smuggling vessels since May 2017. The organization has also apprehended or assisted with apprehending over 1,000 migrants during the same period.

The last landfall made by Haitian migrants on New Providence was in February.

According to the defence force, marines were deployed to key areas along the coastline of New Providence in support of vessels patrolling offshore. However, the organization said, much of the force’s land-based maritime and air operations have been hampered by adverse weather conditions over the past several days.

The RBDF said it is also conducting active patrols in response to reports received concerning various illegal activities occurring in the northern and southern Bahamas.

These activities are said to include overfishing by American sports fishermen, as well as mixed migrant smuggling in Grand Bahama, Bimini and the Abacos, in addition to reports of Dominican poaching in the southern Bahamas.