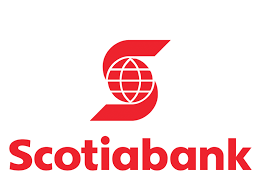 NASSAU, BAHAMAS — Family islanders last night voiced fears that their communities are being relegated to “fishing villages”, with one businessman describing Scotiabank’s exit as yet “another nail in the coffin”.

Scotiabank yesterday announced that it has decided to consolidate its banking operations on Abaco, Andros, Long Island, and Exuma into branches on New Providence, revealing that branch traffic had dropped as much as 50 percent in some locations.

In a statement yesterday the bank announced changes to its network in an effort to “realign its organizational structure with current revenues, as well as the significant shift in customer preferences.”

The bank indicated that changes on the impacted family islands “are in line with the significant shifts in customer behavior and transaction volumes over the past few years which have accelerated since the onset of the COVID-19 pandemic.”

The exit of the commercial banks in the less populated and less profitable family islands has been viewed by many as inevitable given the constant evolution of technology, which requires less brick and mortar locations and face to face interaction.

RBC made similar moves three years ago, consolidating some of its family island branches.

“This is another nail in the coffin for Long Island,” Cartwright said.

“Where there are no banks there is no commerce. The family islands appear to be going backwards. At one time we had four branches, two full time and two part-time branches. If Scotia leaves we will have no bank. How are merchants supposed to get cash? I own two gas stations that take cash. I have to get into a bank.”

Cartwright added: “This is very disappointing. I gave up a career in Nassau 18 years ago to return to the island. Others have done the same.

One Exuma businessman said: “It’s really unfortunate. People have to be able to utilize the bank. There’s all this talk about digital banking but that’s not always a legitimate option for all your banking needs. It’s like no one cares about the family islands. We’re just left to fend for ourselves.”

According to Scotiabank, the consolidation of the branches will take place over the next four months and will result in the transfer of all customer accounts to branches located in New Providence. The bank did not indicate how many jobs will be impacted.

Roger Archer, Managing Director of Scotiabank Bahamas said: “While we have made the difficult decision to consolidate a number of our retail operations, these changes are necessary for our long-term viability and success as a business. We will make every effort during this process, to minimize customer impact, and preserve the employment of affected staff through redeployment, where possible”.

The bank said that it continues to make significant investments in digital banking “to provide customers convenient, robust alternate banking platforms such as Scotia OnLine and Mobile Banking, ABMs, and TeleScotia”.

Following the closures, the bank will still have nine branches across the Family Islands, as well as over 70 Automated Banking Machines, a number that is anticipated to increase in the coming months.

In an interview with Eyewitness News, Deputy Prime Minister and Minister of Finance K Peter Turnquest said: “The move to expand the digital footprint by financial institutions has been a developing trend as institutions take advantage of technology and new ways of developing business to address evolving global trends.

“The COVID experience has accelerated these developments globally and these developments have unfortunately caught up with us. The Government of the Bahamas regrets these decisions, particularly as it relates to employee redundancies however we will work with these institutions and affected communities to develop alternative financial solutions.”

Turnquest continued: “I would remind the public that the Central Bank has launched its digital currency, Sand Dollar, and I would encourage residents and merchants to take advantage of this Fintech solution as a viable alternative to dealing in physical cash which would require a physical bank presence and all of the security and controls to manage that.

“Meanwhile, we must double our efforts to move for further deepening and diversification of the economy, projecting the future of work in the Bahamas and opportunities to move into different types of work, taking advantage of the technology and Fintech developments.”

Always a headline ahead, Eyewitness News, Nassau Bahamas, The Bahamas

Now would be the time my people to make your own way. Bank leaving? Open a Bahamian owned establishment. It’s 2020 we have the means and the way to do it. No funds? Go fund me or other crowdsource fundraiser.