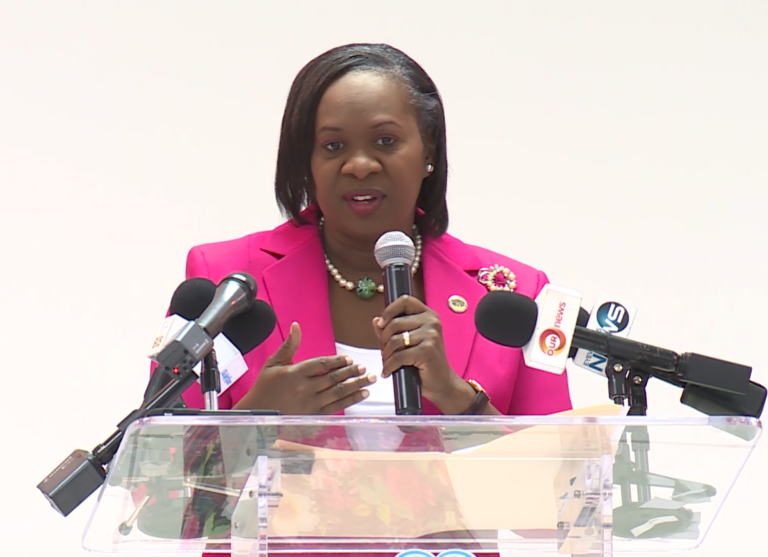 As the start of the Fall semester of the 2018/2019 school year quickly approaches, government officials are advising that not all schools will be ready as previously announced – a revelation that Bahamas Union of Teachers (BUT) President Belinda Wilson charges is nothing new. While appearing on Beyond The Headlines (BTH) with Clint Watson,  she underscored that this is not the first time schools are in need of repairs and maintenance so close to the start of the school year.

“What bothers me as a seasoned President and one that deals with the back to school every year, is that nothing has changed in the previous years,” said Wilson.  “This year from last year; the same mobilization of funds, the last minute contractors are getting to the schools.

Wilson revealed that the BUT proposed a solution to the problem, however, it has fallen on deaf ears.

“We would’ve told the Ministry of Education over and over, not just recently but prior, that it will be more feasible for them to have maintenance teams for the various districts.

“These maintenance teams would be able to do the small work throughout the entire school year and the major works can be done during the summer,” Wilson suggested.

Wilson further berated the government for the tardy timeline it chose to commence the repairs.

“How can you get a contract the second or third week in July and it’s six months’ work, then tell the media that it’s going to be done by September 3rd? That is ludicrous!” she said.

Mrs. Wilson also took issue with the Minister’s announcement during a teachers conclave that 200 new teachers will be entering the school system in the new term.

“What concerns me even more deeply than the physical plant, is that there are over 200 new teachers that have been hired. Up to today, my understanding is only eighty of them have received their letters in hand as to which schools they are going to,” Wilson stated.

“Some of the teachers reported to the Ministry of Education today (Monday) morning. The other major problem is that there is a large number going to the Family Islands or to Grand Bahama, our nation’s second city.

“However, there is a $2,650 geographical allowance that they should get for their airfare, their freight, their utilities to relocate; they have not received it yet,” Wilson charged.

According to Wilson, the Permanent Secretary (PS) for the Ministry of Education Lorraine Symonette-Armbrister advised her shortly before she appeared on BTH, that the teachers should receive their monies by Thursday; however, schools opened on Monday for teachers.

She suggested that this could dampen enthusiasm.

“These new teachers are so excited; happy to be teaching; happy to start a new career, just (to be) told that you have to wait, you cannot go to where you have been posted”.

Moreover, Wilson claims that some of the entrants were told by administrative staff at the Ministry of Education that they should borrow the money and go, and they will be reimbursed.

“I said to the teachers, do not move a muscle without a letter posting you where you are supposed to be, and the $2,650 in your account”.