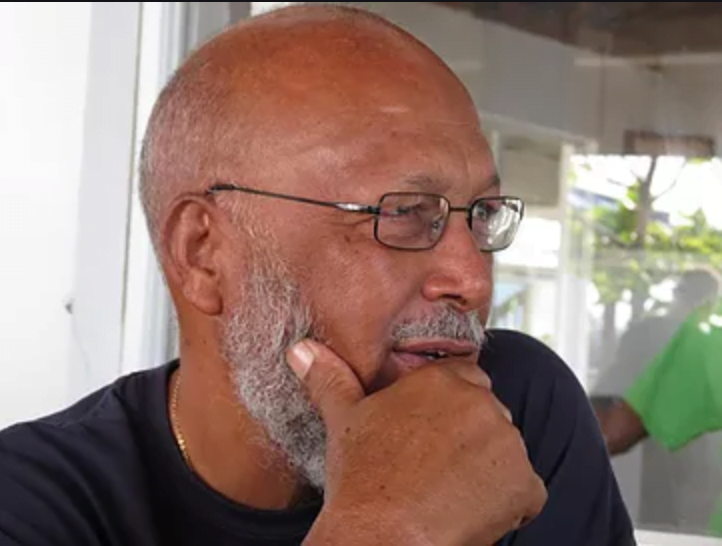 Joe Darville, chairman of Save The Bays and Waterkeeper Bahamas.

NASSAU, BAHAMAS — Chairman of Save The Bays Joe Darville, one of the environmental groups granted leave for judicial review proceedings of the government’s approvals to Bahamas Petroleum Company (BPC) to drill an exploratory well, said yesterday the organization was “ecstatic” over the judge’s decision.

“Recognizing the oil drilling is a matter of vital public interest to the Bahamian people, she granted us leave to challenge all the approvals given to the Bahamas Petroleum Company since February 2020,” he said.

“The judge also gave us permission to ascertain whether the Town Planning Committee should have required BPC to qualify for site plan approval, which, as far as we know, they did not.

“The Bahamas is a nation of laws. We believe in the rule of law. This underpins our democracy and our development as a nation.

“A key part of the mission of Save The Bays is to fight against the scourge of unregulated development and ensure that every foreign investor who comes here with a plan, acts according to the laws of The Bahamas and in the best interest of the people.

“We intend to hold BPC to that standard and once again we thank the court for recognizing the crucial importance of this national issue.

“Oil drilling should not proceed if it is not conducted in accordance with the law and not in the best interest of our people.

“We welcome the judicial review and look forward to presenting our evidence to the court and to the public.”

In her ruling, Supreme Court Justice Petra Hanna-Weekes said: “The evidence raised in the affidavits of the applicants and the second respondent on behalf of the respondents satisfies me that there are issues fit for further consideration.”

However, the court did not grant a stay of the “effect of the decisions” — drilling the exploratory oil well.

She said a stay on the face of it is tantamount to an application for an injunction and it is important to make such distinction because while the court has the jurisdiction, where appropriate, to do so, “such an order is only to stay the decision-making process, the decision itself and its implementation”.

The judge agreed that the exercise is of great public importance, “albeit for different reasons”.

She disagreed with the applicants that BPC would suffer no prejudice if a stay was granted.

The respondents include Minister of the Environment Romauld Ferreira, Environmental Protection and Planned Director Rochelle Newbold and the attorney general.

The applicants challenged the approvals in February to grant BPC environmental authorization to begin an exploratory offshore oil drilling program at the “Perseverance #1 well”; the November 2020 approval to change elements of the project, including equipment; and approval that month to issue and new environmental authorization, among other approvals.

Drilling of the exploratory well began on December 20.

The applicants have argued that the minister of the environment misled them in May 2018 into thinking the project would not go ahead and were unprepared when the February approval was granted and announced.

They said the COVID-19 pandemic and associated lockdown measures introduced last March made the organization and fundraising difficult for the applicants.

The director of environmental protection and planning, who previously served as head of the BEST Commission, said the review process for BPC was undertaken and there was no objection issued for the project works.

She said BPC’s modification to the project had no relation to the impacts associated with the environmental impact assessment and “therefore no new approval was warranted”.

You can’t have it both ways Mr Darville, either you are holding BPC to account (as reported here) or the process of government (per JR application).

Sounds like you just contradicted what Mr Smith had been trying to say all along and BPC are now clearly an affected party in the eyes of the complainant. Hope you’ve saved up some serious bond monies if you intend to proceed because the judge just made it abundantly clear that BPC have been transparent and above board for the past decade and the drill is legal.