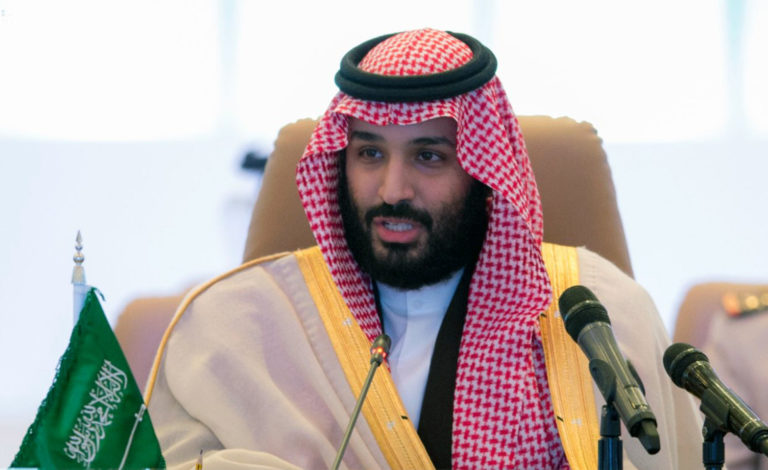 FILE - In this Nov. 26, 2017 file photo released by the state-run Saudi Press Agency, Saudi Crown Prince Mohammed bin Salman speaks at a meeting of the Islamic Military Counterterrorism Alliance in Riyadh, Saudi Arabia. Saudi billionaire Prince Alwaleed bin Talal was released on Saturday, Jan. 27, 2018, from the luxury hotel where he has been held since November, according to three of his associates, marking the end of a chapter in a wide-reaching anti-corruption probe that has been shrouded in secrecy and intrigue. The prince, 62, had been the most well-known and prominent detainee held at the Ritz-Carlton hotel in the Saudi capital, Riyadh, since Nov. 4, when his much younger cousin, Crown Prince Mohammed bin Salman, ordered the surprise raids against prominent princes, businessmen, ministers and military officers. (Saudi Press Agency via AP)

The statement did not disclose further details on the types of businesses or real estate that was acquired. An earlier statement by the government incorrectly identified 65 people as still being held.

Al-Mojeb said a total of 381 people had been questioned in connection with the anti-corruption campaign, which began Nov. 4 and is being spearheaded by Crown Prince Mohammed bin Salman.

Last week, al-Mojeb said 90 people had been released after agreeing to financial settlements and that 95 were still being held. It appears close to 40 were released since then.

Among those released over the weekend was billionaire Saudi Prince Alwaleed bin Talal, who is chairman of Kingdom Holding and has investments in major Western firms such as Twitter, Apple, Lyft and Citigroup.

He had been detained for more than 80 days at the luxurious Ritz-Carlton hotel in Riyadh, where dozens of high-profile figures were held, questioned and pressured into forfeiting significant financial assets in exchange for their release. It was not immediately known what kind of settlement Prince Alwaleed had agreed to.

Prince Alwaleed was among at least 11 princes and dozens of businessmen and officials detained in the unprecedented sweep.

Critics say the crown prince has used the purge against high-level individuals to wrangle control of key Saudi companies, sideline potential rivals and silence critics alarmed by his rapid rise to power as he prepares to inherit the throne from his father, King Salman.

Saudi authorities say the campaign is aimed at improving the kingdom’s business environment and that sums recovered will be used to fund a cash assistance program for middle and lower-income citizens estimated to cost $8.5 billion this year.

The attorney general said the remaining 56 individuals still in custody have not reached a financial settlement “due to other pending criminal cases, or in order to continue the investigation process.” Those still held could now face prosecution and prison time, the government has previously warned.

In the statement released by the government, authorities appeared to be trying to assuage foreign investors, saying the review of case files of those accused of corruption “has been completed.”

Despite repeated statements that the purge is nearly over, investors remain concerned about doing business in Saudi Arabia, where key business partners and firms could still be targeted. The government has also not officially released the names of individuals detained nor disclosed the specific allegations against them, leading to concerns of transparency and accountability.

There is also concern that royal family members stung by the sweep and businessmen forced to handover significant financial assets or control of their companies could try and seek some form of retaliation.