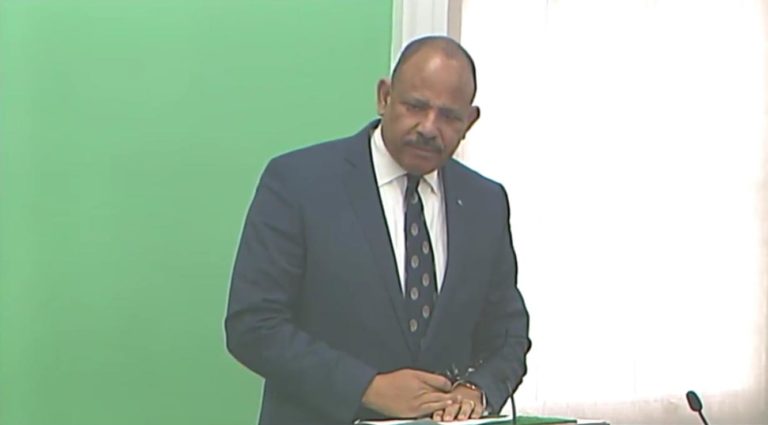 WHO says COVID-19 not ordinarily an aerosol, but may be possible in “specific circumstances”

NASSAU, BAHAMAS — Minister of Health Dr Duane Sands today reaffirmed the government’s preparedness and capacity to combat a “surge” of COVID-19 cases should local spread continue and peak in The Bahamas.

“All across The Bahamas Mr. Speaker we have been actively working to make sure that we are prepared,” Sands said during his contribution to debate on a resolution to extend the COVID-19 state of emergency.

“We invite comments, criticisms, and suggestions. We can do better and we will listen to anybody’s advice.

“That does not mean that your advice is the only advice we are going to listen to.”

There have been 14 confirmed cases of COVID-19 in The Bahamas — a doubling of cases over the last four days.

Health officials expect more cases over the next 20 days.

Addressing Parliament, Sands said while modeling is underway to project how many people could be infected and the timeline for the peak of the virus, that data is not clear at this time.

In the United States, 436 of every one million residents is infected with COVID-19.

In Italy, that ratio has been 1,600 COVID-19 cases to one million citizens.

Sands said this data help authorities plan with securing hospital beds, ventilators and personal protective equipment (PPE) — “not just in Grand Bahama and in New Providence, but in Bimini, Eleuthera, Abaco, San Salvador and so on”.

He indicated that another half a million N95 masks will be confirmed this week.

As it relates to COVID-19 test kits, Sands said there were at least 1,500 test kits in-country.

He said the government has access to another 10,000 serologic (blood) test kits, but these have not yet been added to the government’s testing process.

“We have identified beds,” Sands said.

“It is now being completed and it will be done at 3:30 this afternoon; a special modular unit outside of Princess Margaret Hospital, adjacent to Bachelders; the Bachelders Nursing School; the Rand Lab; at the main driveway to the legacy entrance there is a seven-bedded negative pressure facility; we have Doctors Hospital West; we have Doctors Hospital West; and if anyone goes out to the South Beach Clinic, which is closed today, you will see they are now actively making the modifications to the air conditioning system so we can manage patients there.

“In Grand Bahama, I am advised that the work on the cancer association’s building is progressing very well and they should be able to receive patients as earlier as today or tomorrow.”

Sands said by the “grace of God we have had no deaths”.

The World Health Organization (WHO) said today that airborne transmission may be possible in “specific circumstances and settings in which procedures or support treatments that generate aerosols are performed”.

In an analysis of over 75,000 COVID-19 cases in China, airborne transmission was not reported, according to WHO.

Sands said: “It is not ordinarily an aerosol. There are certain things we can do to make it an aerosol, like sticking a breathing tube down somebody’s throat in order to put them on a ventilator. But in the ordinary course of interaction this is not an aerosol disease.

“It is a droplet disease.”