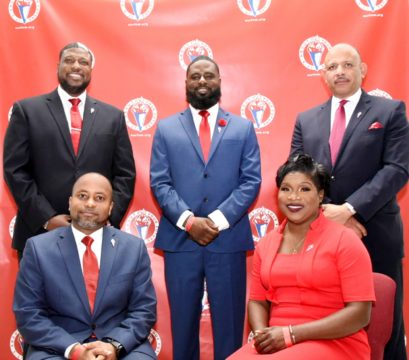 This brings the total number of ratified candidates for the party to 30.

Sands and Bowleg will be running as incumbents.

In a statement, Thompson said he was grateful to God for the opportunity to serve, and humbled to be ratified to carry the banner of the FNM for East GB.

In a note to colleagues, Turnquest said he was told by party leader Prime Minister Dr Hubert Minnis that he would not receive a nomination to run on the party’s ticket in the next general election earlier this month.

Thompson continued: “It’s about service. The people of Grand Bahama and now the people of East Grand Bahama have always been my motivation to serve. I truly want to make a positive impact in their lives.

“I have lived in Grand Bahama my entire life; I know its people and its potential. We cannot stop fighting to improve their lives.”

Thompson underscored his experience of living through Hurricane Dorian as the state minister for Grand Bahama, and his commitment to rebuilding efforts.

For his part, Sands said: “It’s an honor and a privilege. This will be my fourth time as the standard-bearer for the FNM.

“As you know, the first time was in the by-election in 2010. I have been working in the community since that time and now the work continues.”

Sands added: “I am pleased and humbled. It’s truly an honor to have gotten the ratification of the council of the Free National Movement and I look forward to keeping Elizabeth in the winning column for the FNM in the next general election that’s held.”