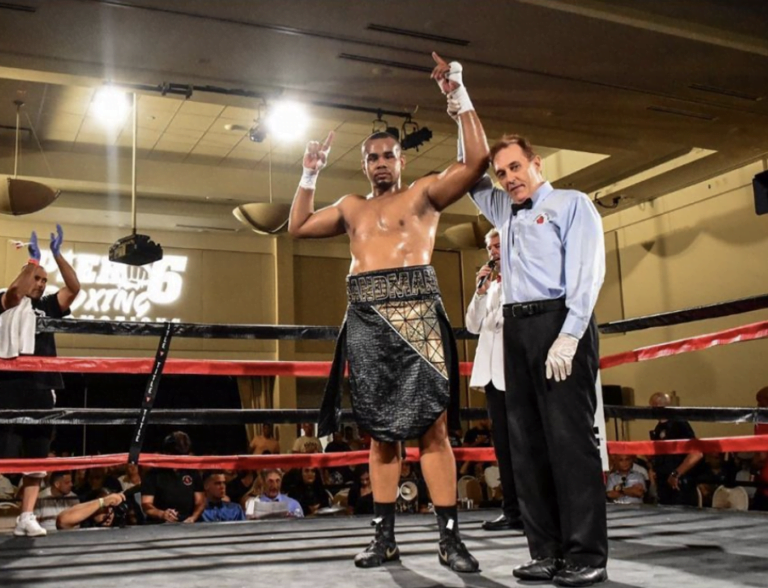 NASSAU, BAHAMAS- Bahamian heavyweight Amron ‘Sandman’ Sands continues to climb the division ranks, coming up with a first round stoppage against his most decorated opponent over the weekend.

The 25-year-old moved to 10-0 overall with 9 KO’s. Along with the win over Najera, Sands also scored knockout wins over Eric Evans and Kendrick Houston this year.

Sands signed with DiBella Entertainment earlier this year and has seen a substantial uptick in activity, landing three fights in just under five months.

“Lou is one of the most trustworthy promoters in boxing and he has great relationships in the business to get my name out there,” Sands said. “I know that with his guidance, I can become the heavyweight champion of the world. I can box and I can bang and I’m what the heavyweight division needs. I’m very excited about my future and am ready to put in the work,” Sands said.

“I can do it all. I can box, but I favor brawling because it shows who has the bigger heart. No one has a bigger heart than me. I just need to listen to my team and let Kevin do his job. I’ll do mine and we can make it to the top.”