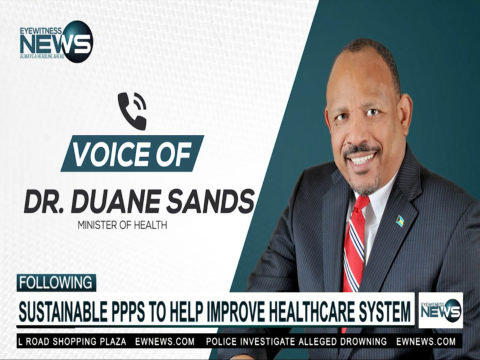 NASSAU, BAHAMAS – In an effort to achieve better healthcare in The Bahamas, the government is currently in discussions with John Hopkins University, Minister of Health Dr. Duane Sands revealed Monday.

Sands said this public-private partnership is the best avenue to improve the level of healthcare that is presently being offered.

“It’s just one institution that happens to be one of the influenced leaders in healthcare in the world,” Dr. Sands said. “And so, the idea of a collaborative approach to improve patient safety in cooperation with a facility which arguably is one of the best or the best in the world  makes a lot of sense. Why should we sell ourselves short?”

Sands’ comments came on the heels of statements that he gave to a local daily, where he claimed that the public healthcare system’s physical plan could cost hundreds of millions of dollars.

He also told the daily that the government had no other choice but to seek PPPs.

“PPP or a number of PPPs allows us to advance our healthcare infrastructure, equipment, supplies, staff etc, but the only way that they would work is if they are well negotiated and if there is a clear-cut defined pathway to repay whatever monies are outlaid for those PPPs,” Sands said, adding that the ministry must get rid of the notion that healthcare is free.

According to Dr. Sands, the establishment of PPP’s will also help the government to regain the trust of Bahamians in regards to their health concerns and not flee to Florida.

Dr. Sands said the government already has an existing partnership with Yale University and a Memorandum of Understanding with the University of Miami was signed by the previous administration.

He noted, however, that many of details outlined in the MOU with the University of Miami never came to fruition.

But yesterday, Senator Michael Darville who served on the subcommittee responsible for the University of Miami partnership said that Progressive Liberal Party worked effortlessly to secure this deal.

Darville said the PLP administration was working extensively to establish mechanisms of private public partnerships and had consulted with the University of Miami to guide them to establish some essential protocols to improve the quality of healthcare.

“We eventually came out of office and I can’t tell you what exactly the Free National Movement has done to move forward with that Memorandum of Understanding, but prior to leaving office we were working very closely with representatives from UM who would come to The Bahamas at least once or twice a month to establish this Memorandum of Understanding and to work on it to make it reality but I cannot say exactly what happened after we left office,” Senator Darville said.